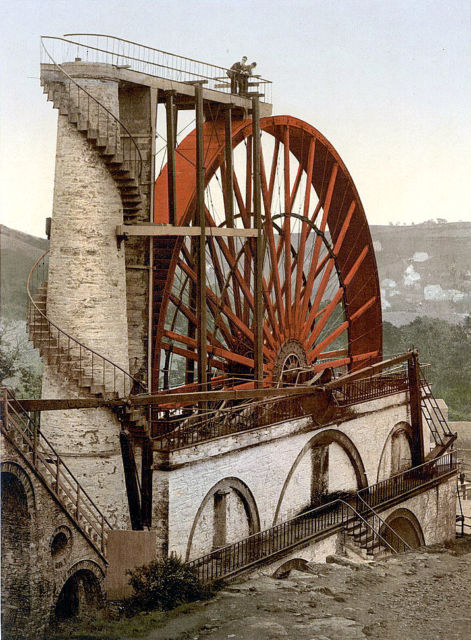 Built in 1854 to pump water from mineshafts on the Isle of Man, the Laxey Wheel is the largest operating waterwheel in the world.  It still turns, but is not used for pumping water from the mines nowadays - brief un-narrated video here


The Triskelion is visible on the front of the wheel. However it is backwards; this happened by accident when transferring the image on to the wall, they forgot to reverse the image so it is actually a mirror image of the authentic Three Legs of Mann.

Image from Photochrom, an interesting tumblr of Europe in the 1890s and early 1900s, as depicted in photochrome prints.

Via My Ear-Trumpet Has Been Struck by Lightning.