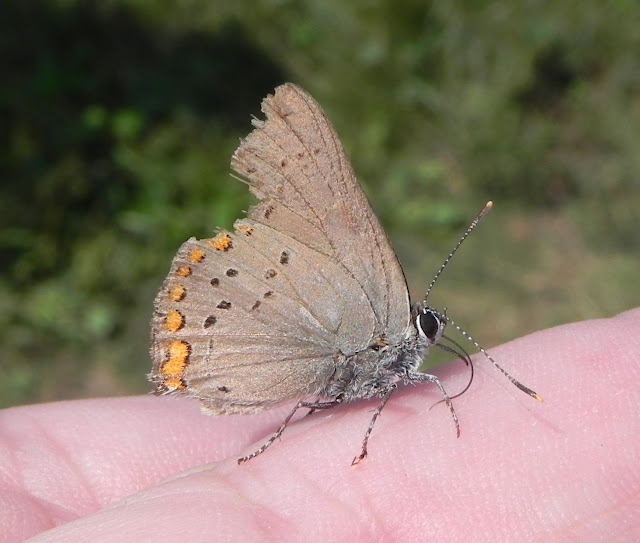 The Coral Hairstreak above landed on me during a hike at the Schurch-Thomson Prairie last weekend.  It had lost its tail (perhaps to an attack by a jumping spider) and had a portion of both wings excised, probably by a bird.  Several weeks ago this Mourning Cloak nectared on milkweed in our garden: 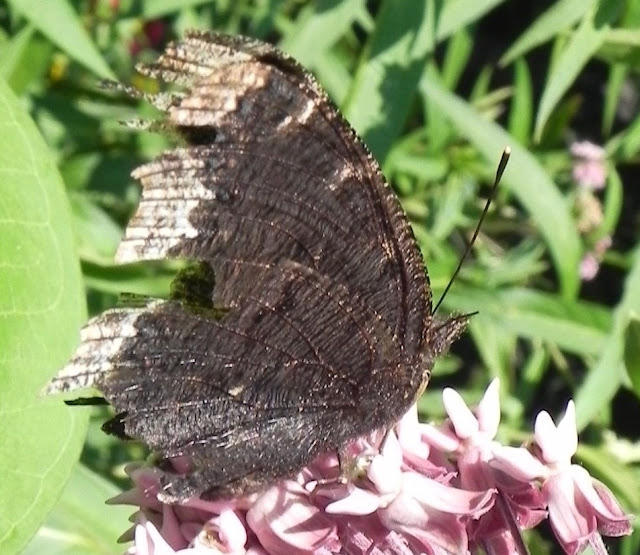 In addition to the gross defects, he displayed a general raggedness consistent with age (he is probably almost a year old after having overwintered under the bark of a tree somewhere in the woods).

Not all structural defects are the result of predation.  Butterflies lose scales from their wings after even minimal trauma, such as contact with vegetation, so that some "elderly" ones even become hard to identify.  Males of many species also partipate in vigorous aerial combat to defend territory (and are not afraid to try to intimidate humans).

For today's post I've harvested* photographs taken by members of the Southern Wisconsin Butterfly Association and submitted to the archives of the outstanding Wisconsin Butterflies website to show the remarkable hardiness of these seemingly fragile creatures.

From webmaster Mike Reese comes this photo of a Common Buckeye - 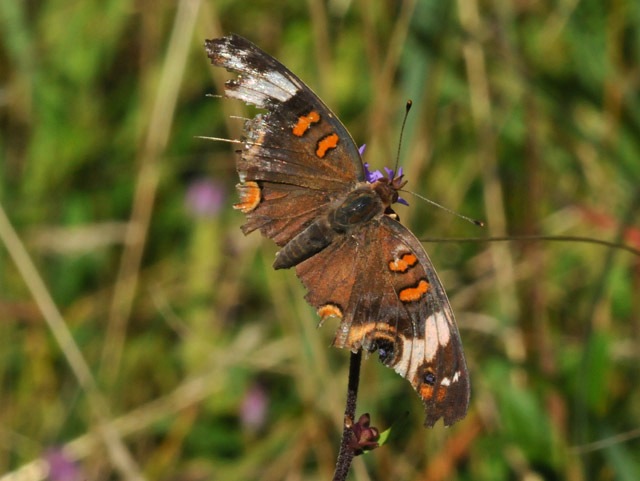 - and this one of a Juvenal's Duskywing nectaring on hawkweed: 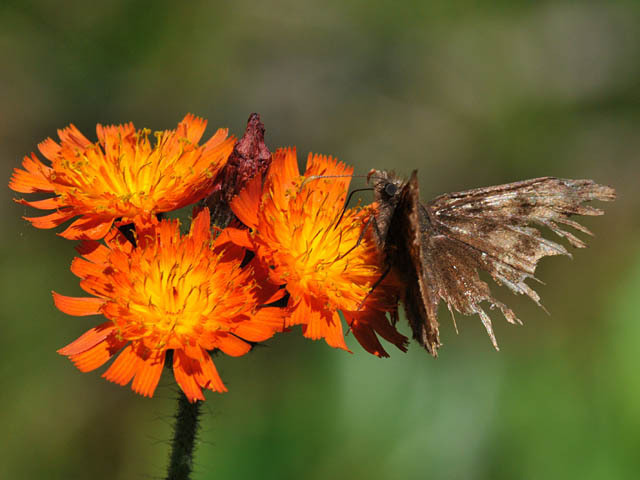 Dan Foster spotted a Red Admiral missing most of one wing - 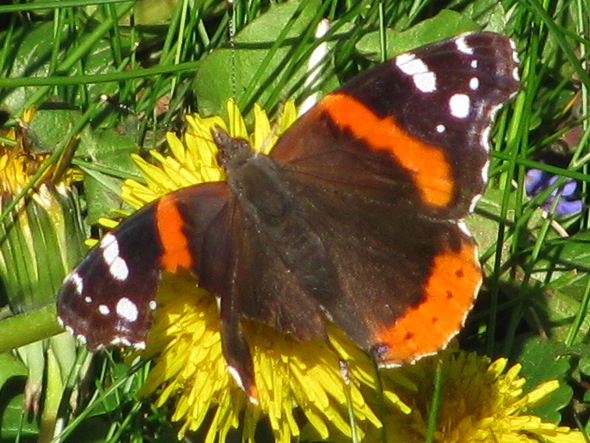 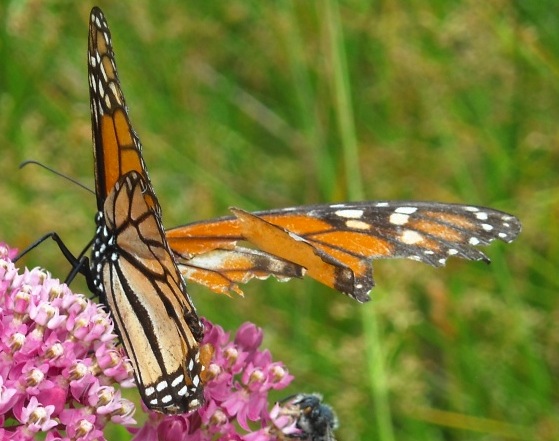 This Western White was documented by Ryan Brady: 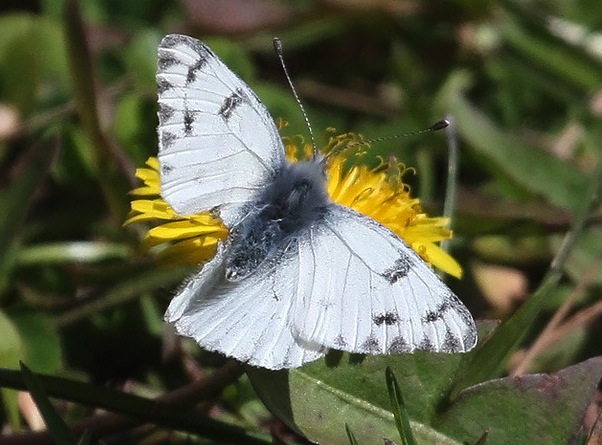 
Then this Eastern Comma - 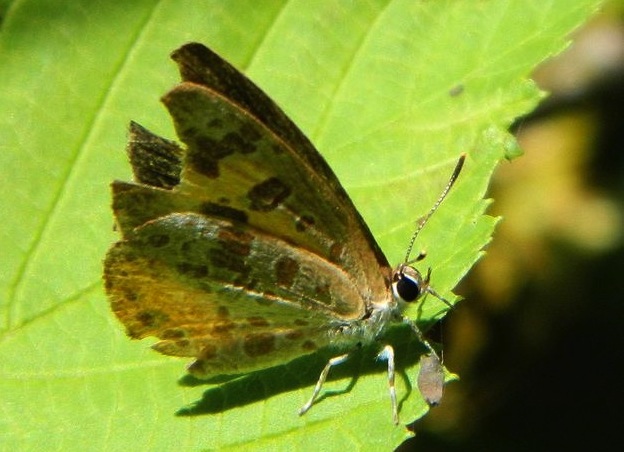 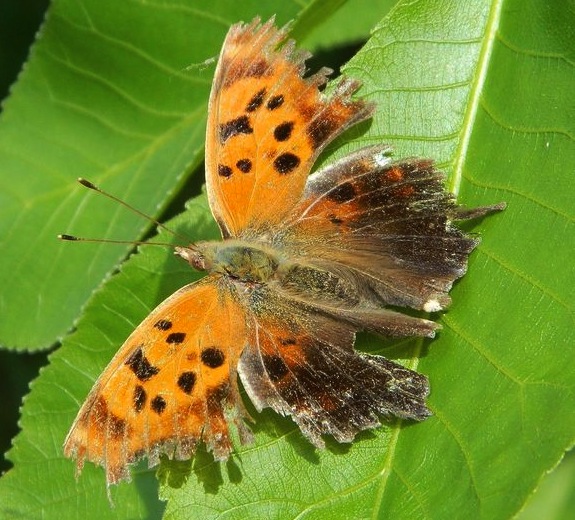 And finally, the award winner (if an award existed) for Most Battered Butterfly.  As the sun sets, this Red Admiral declares to the world "I AM BATMAN." 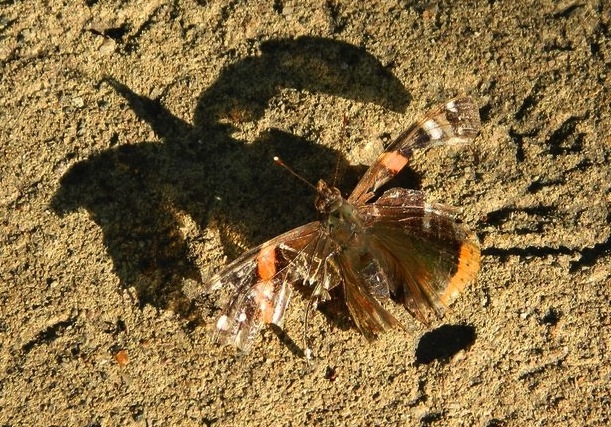 It's worth noting that these torn and tattered butterflies were not plucked off the radiators of vehicles at a truck stop.  All of them were photographed in the wild and were flight capable, demonstrating the impressive resilience of these remarkable creatures.

Addendum:
A Giant Swallowtail "rescued out of Lake Superior and was able to fly away after it dried off" - 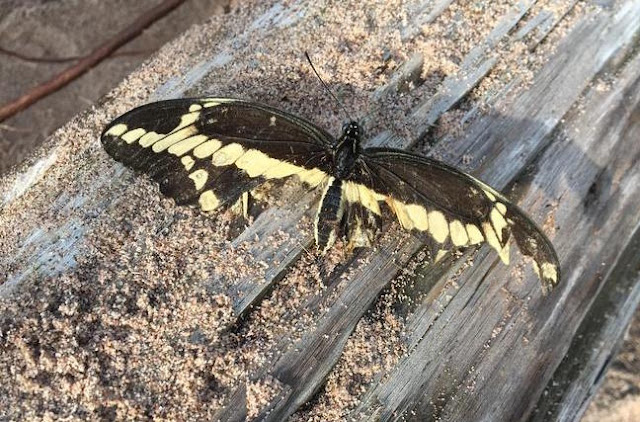 
See also my 2017 post Birdstrike survivor, for an example of a Monarch will less surface-area damage but with a loss of aerodynamic capability.

*some photos cropped by me of irrelevant vegetation.