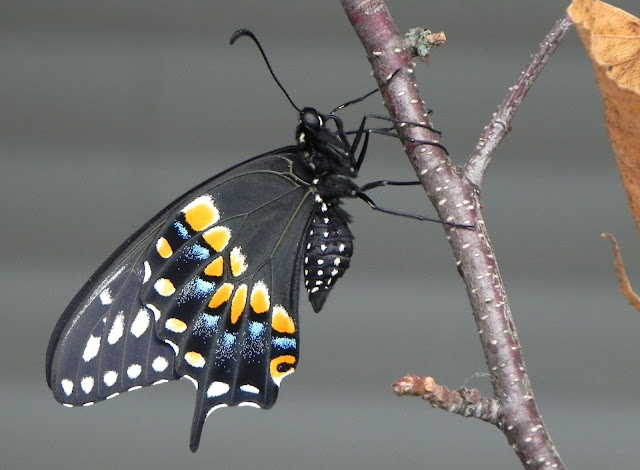 You met this little fellow when he was an egg on June 7.  You saw him again on June 20 as a caterpillar.  Then on the 29th I documented his transformation into a brown chrysalis, which remained visually unchanged up through July 5.  I checked it again last night and saw nothing of note, but this morning... 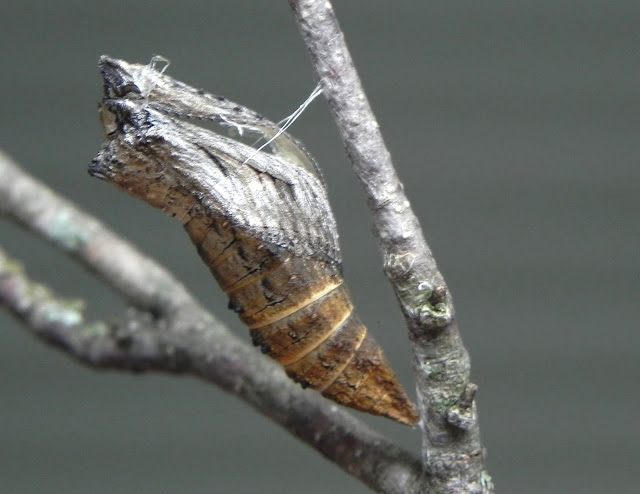 ... the chrysalis was ripped open at the top, and he was clinging to the stick, wings dependent and fully inflated with fluid.  We left him like that, because these guys need time for the wings to harden into a stiffness that will allow powered flight.  He sat immobile in the screen porch while a summer thunderstorm passed, then began to fan his wings, showing the traces of blue that mark the male's color pattern (as opposed to the more extensive blue that characterizes the female.) 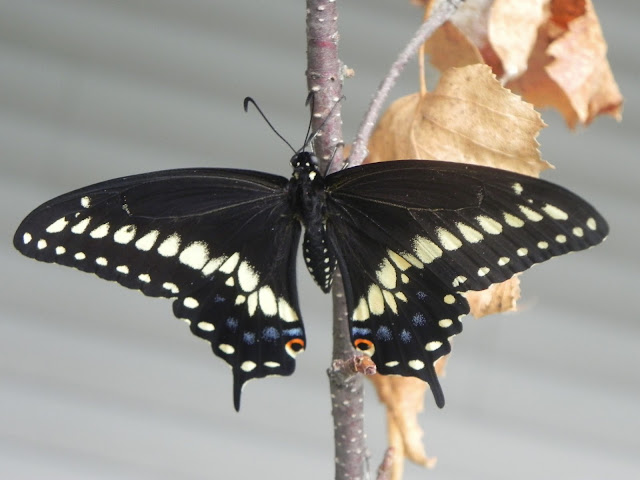 This afternoon he signalled his readiness to leave by flying from the stick over to the screen.  We took him outdoors and he dropped those wings to a total horizontal position as soon as he detected the sunlight, held that position for a few minutes to soak up some solar energy and raise his body temperature, then soared up and away.