The competition was initially opened in 1980, and over the course of the 33 years that followed, dozens of teams from around the world pushed the limits of existing technology in pursuit of this once-thought-to-be impossible goal. This video is a compilation of footage from the record flight, as well as previous test flights."

An interesting design.  I found this diagram at their website: 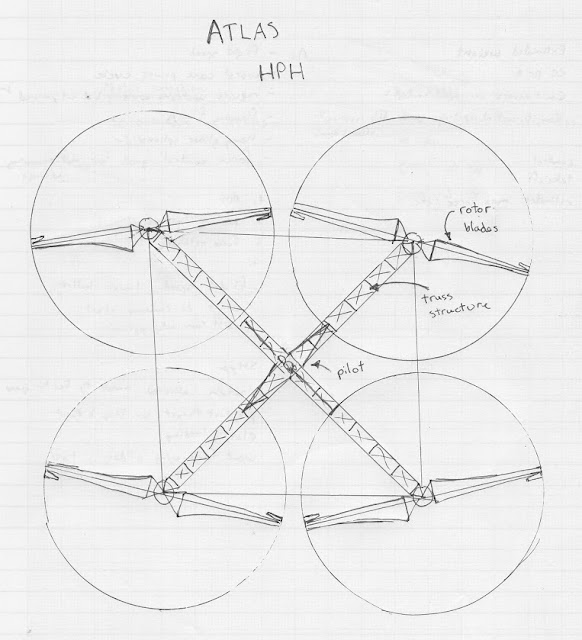