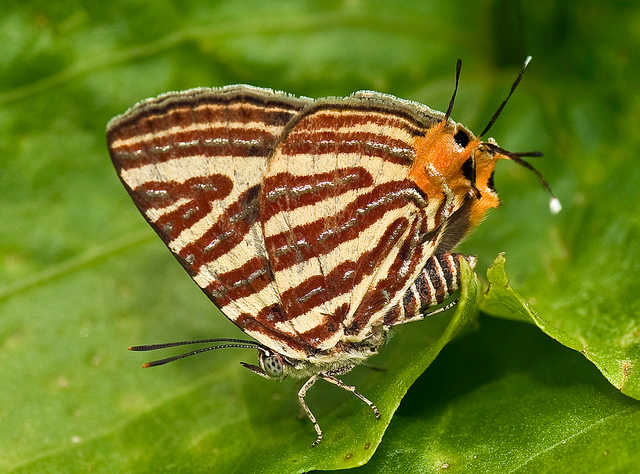 The most interesting butterfly-related item I've read this month is an article in American Butterflies magazine (not available online) detailing a report in the Journal of Natural History ("Two heads are better than one: false head allows Calycopis cecrops (Lycaenidae) to escape predation by a Jumping Spider, Phidippus pulcherrimus (Salticidae)"), which describes how hairstreak butterflies use a "false head" on their rear ends to fool predators:


The present study tests the “false head” hypothesis by exposing a hairstreak butterfly, Calycopis cecrops, as well as many other Lepidoptera species as controls, to the attacks of the jumping spider, Phidippus pulcherrimus. The results unambiguously indicate that the “false head” is a very efficient strategy in deflecting attacks from the vital centres of the hairstreak butterfly whereas other similar-sized Lepidoptera fall easy prey.

The report is discussed in detail at the blog of the Florida Museum of Natural History:


When the hairstreak butterfly faced the jumping spider in an enclosed space, the butterfly successfully escaped 100 percent of the time. The study shows jumping spiders may have influenced evolution of some butterfly patterns and behaviors...When 11 other butterfly and moth species from seven different families were exposed to the jumping spider, they were unable to escape attack in every case. 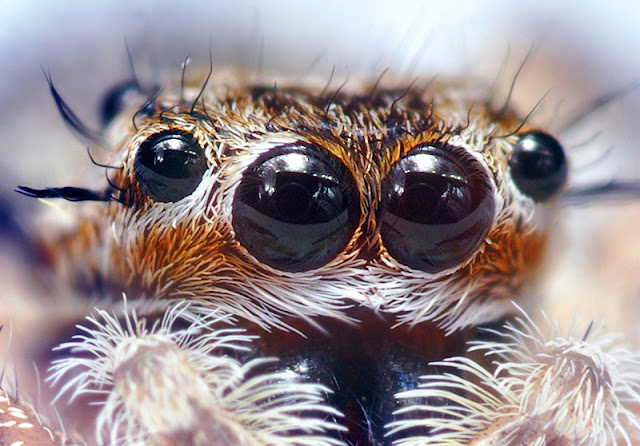 Unlike other butterflies, hairstreaks frequently move the hind wings that carry the false head pattern, a behavior that seems to increase in the presence of the spider.

For years I've noticed this back-and-forth "sawing" movement of the hind wings of resting hairstreak butterflies, without imagining that it served any adaptive purpose.  It obviously attracts the spider's attention, so that when the attack is launched... 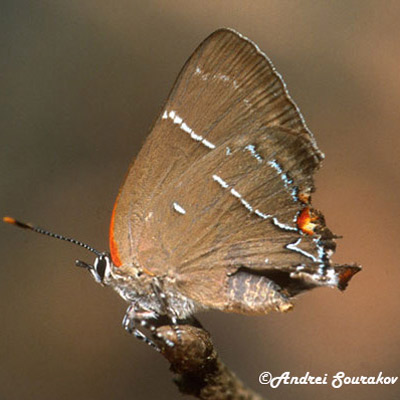 ...what the butterfly loses consists of nonvital structures.  Note also (in the top photo) how the "false head" is enhanced by the presence of the "tails" (which thus look like antennae).  So the function of the tails is not aerodynamic or decorative, but another adaptation for survival.  Fascinating - you learn something every day.