How to walk through shoulder-deep flowers 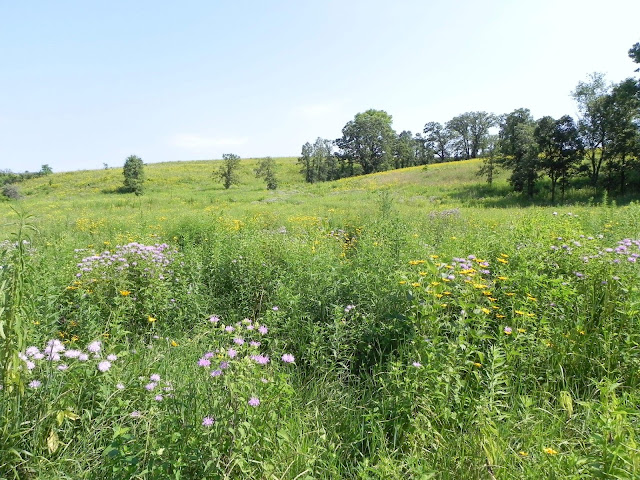 I did so last weekend, on a field trip to the Schurch-Thomson Prairie, near Barneveld, Wisconsin.  The outing was a joint venture of the Southern Wisconsin Butterfly Association, the Madison Audubon Society, and the Prairie Enthusiasts, who own and maintain the site. 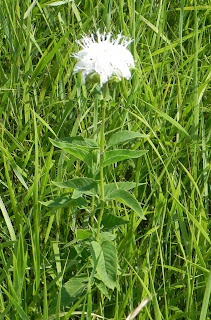 The advantage of jointly-sponsored field trips is that participants have a wide range of expertise.  Within that day's group of 15, there were some who could identify for us a meadowlark on a shrub, the identity of every dragonfly that we saw, the species of a sun-bleached skull, and a most unusual plant - a bergamot ("Bee Balm") that was totally white (photo at right) instead of the usual lavender color.

A mature prairie in full midsummer bloom is a delight to see, and absolutely awesome to walk through.  This prairie is maintained in its native state, which means there are no paved trails - one just plunges ahead through the vegetation, some of which overtops an adult's head.

This particular site coveres almost 200 acres, and includes not just remnant prairie, but also some oak savanna and several spring seeps which continually bubble with cold water.   The rockiness of the hillsides of this plot prevented European settlers from putting all of it to the plough, so it served as pasture and was partially overgrown with trees until the Prairie Enthusiasts instituted a restoration and management program. 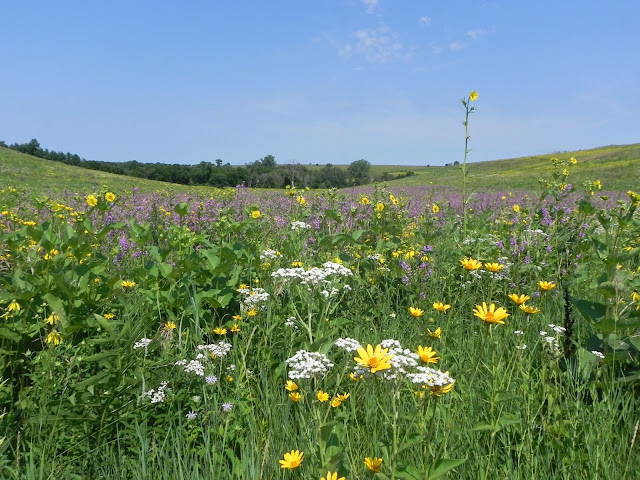 Most of the butterflies that day were fast-flying fritillaries, including the magnificent Regal Fritillary, which is endangered in all states east of the Mississippi.  This battered Coral Hairstreak was content to rest on my hand. 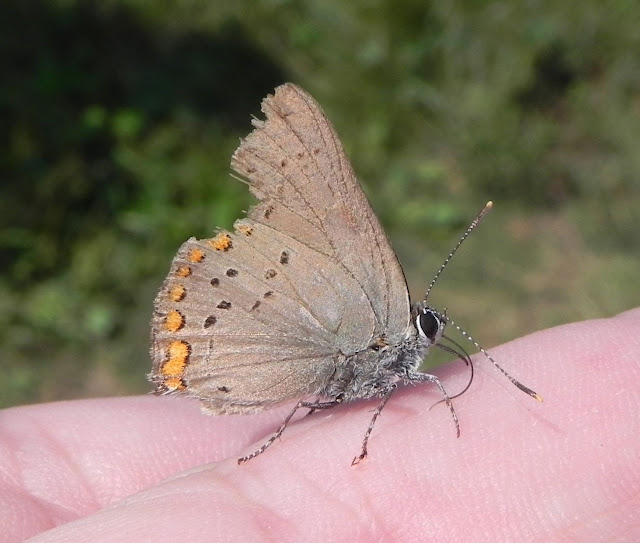 The rest of the photos are a probably inadequate representation of the floral bounty of the site. 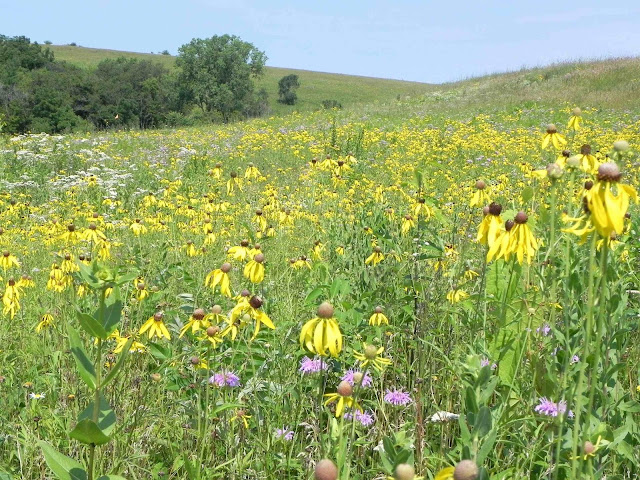 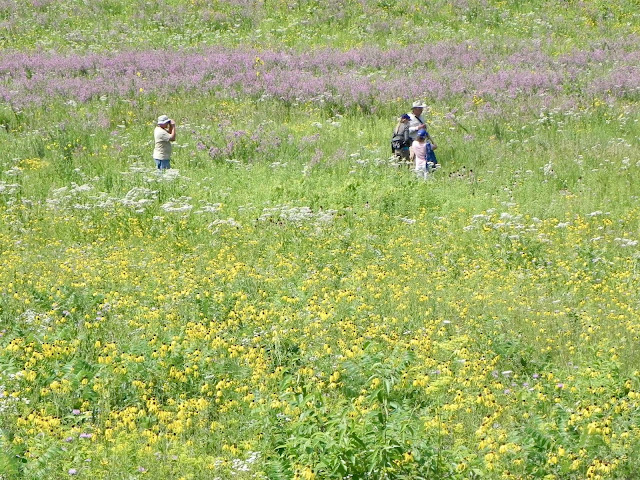 It does give one a sense of what this part of the country was like before European settlers converted so much of it to farms. 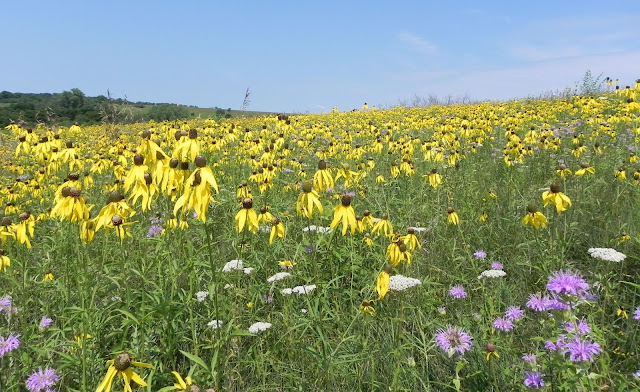 The fact that prairie like this can be found in Wisconsin, which is rightfully thought of as a woods-and-lakes state is a reminder that there are specimens of remnant original prairie throughout much of the United States.  To visit one, look for a local chapter of the Prairie Enthusiasts (in Minnesota, Wisconsin, Illinois) or equivalent groups elsewhere in the country (start with Audubon or butterfly groups, or ask at your local library).

A prairie walk should be on your bucket list.