A new virus ("Pandoravirus") has been discovered 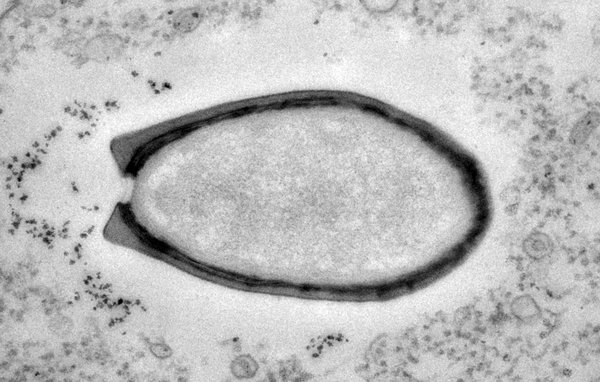 The name comes not from any implications about its risk to human health, but because the enormous size of the virus (and its genetic code) alters the parameters by which viruses have conventionally been understood.


Over the past decade, scientists have discovered a vast menagerie of viruses that are far bigger, and which carry enormous arsenals of genes. French researchers are now reporting the discovery of the biggest virus yet. The pandoravirus, as they’ve dubbed it, is 1,000 times bigger than the flu virus by volume and has nearly 200 times as many genes — 2,556 all told.


Making the discovery all the more startling is the fact that, of all the genes that pandoraviruses carry, only six percent match any gene known to science.

“We believe we’re opening a Pandora’s box – not so much for humanity but for dogma about viruses,” said Dr. Jean-Michel Claverie of the University of Mediterranée, co-author of the paper that was published online Thursday in the journal Science. “We believe we’re touching an alternative tree of life.”

The virus is so big that it can be seen by light microscopy.

Further details at The New York Times, via Quigley's Cabinet.