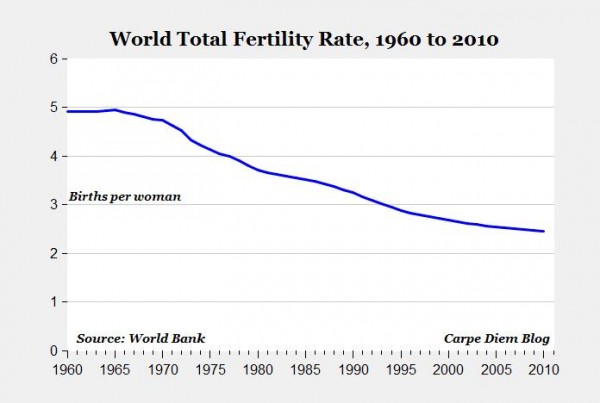 From Carpe Diem, a public policy blog at the American Enterprise Institute:


The chart above shows the significant, downward trend in the world’s Total Fertility Rate (births per woman) over the last half century, which has fallen in half, from almost 5 births per woman in 1960 to only 2.45 births per woman in 2010... The decline in fertility rates is also happening for reasons never predicted or advocated by Ehrlich, who proposed government solutions like population controls and sterilization. Rather, the decline has been facilitated by market-based forces like modernization, mass electrification, economic development, and television.

More info (and a vociferous comment thread) at the link.   Via The Dish.