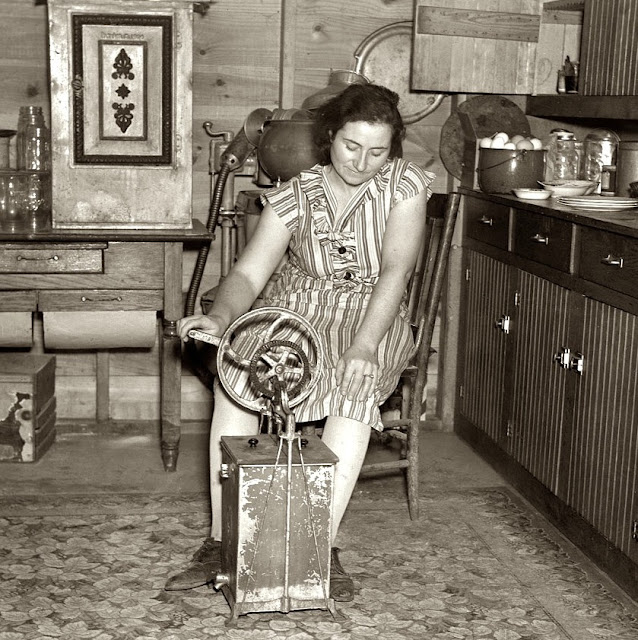 From a Slate article about butter churns:


Before the mid-1800s or so, most people did not quite understand that the efficiency of churning depended on the temperature of the cream you were using; if the cream was too cold, butter wouldn’t form. The fact that you could sometimes churn and churn forever and still not see any butter sparked a great deal of superstition around butter-making.


In the early to mid 1800's there was a lot of superstition about churning. Many times the cream would not form butter no matter how long one churned it. Many people felt that this was because the cream was haunted by a witch. Many people that churned butter believed in the "cream witch" and many churn advertisements referred to it. A couple of the remedies for a cream witch was to put a red hot horse shoe or a red hot poker into the cream. The cream would boil as the hot metal was put in the churn and people said this was the noise of the witch thrashing about as she was killed. In actuality the temperature of the cream was increased and often this was enough for the butter to start to form.

More information at both links.  Photo (of a butter churn in 1936) cropped from the original at Shorpy.

Relevant:  How to make butter.