The text in the "square" is NOT magnified 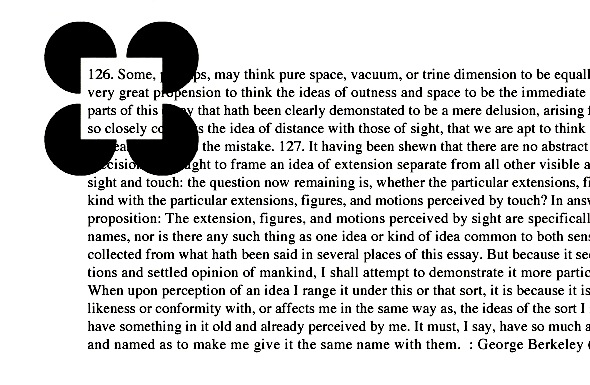 First of all, there really isn't a "square" in the upper left part of the image.  Your brain creates a white square by extending the margins of the four black  three-quarter-circles.  But that's not the main point of the illusion, as explained at Mighty Optical Illusions:


When the brain sees an image like this, it interprets depth relationships to perceive the square as set on top of black disks – as a result, the inside of the square is perceived as being closer to your eyes than its surroundings, ultimately creating visual illusion that makes you think the area within the square is enlarged!

The link will guide you to a site with similar examples.