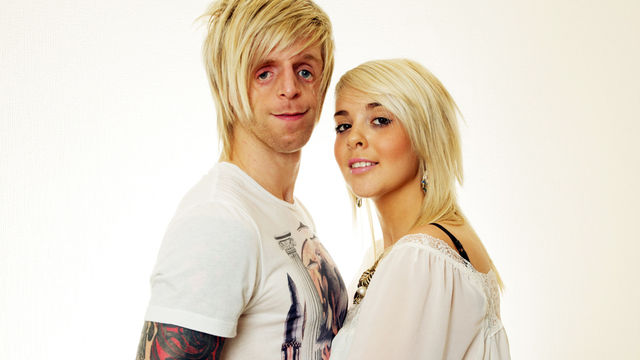 Excerpts from a thought-provoking article at the BBC:


At the age of 26, Jono is happy with how he looks, but the genetic disorder that affected the way his facial bones developed in the womb has caused him years of anguish. His condition means he has no cheekbones - so his eyes droop downwards - and he has problems with his hearing, so has a bone-anchored hearing aid.

It has resulted in years of bullying, several operations and numerous hospital visits. It also led his parents to give him up for adoption 36 hours after he was born. But perhaps the most vital factor for Jono and his long-term girlfriend, 20-year-old Laura Richardson, is that it is also hereditary, so any child Jono fathers naturally has a 50% chance of having Treacher Collins...

Jono says until he met Laura, he always assumed he would adopt. "It worked really well for me, and giving a child a second chance, I think that's brilliant.

"But Laura thinks she will have those instincts of really wanting to carry a child... "Plus she really wants our child to be 'our' child. And I really want to look after her when she is pregnant, for her to be on the sofa, or for me to run downstairs at 2am when she fancies a pickle."

"I've always dreamed of being a daddy. I crave father and son moments - my adoptive mum was absolutely amazing but I never had a father figure in my life, and that's something I really, really want. I want to do the school run, take my child to dance, gymnastics or football - whatever they want."

But for the couple - and particularly Jono - the thought of having a child naturally opens a minefield of morals, emotions and self-questioning...

To add to their predicament, Treacher Collins syndrome - which is thought to affect up to one in 10,000 people in the UK - varies in severity, but there is no way of predicting how severely a child will be affected... While some sufferers have problems with hearing and facial features, others can be born unable to breathe...

[Re pre-implantation genetic diagnosis]: "It re-enforces the stereotypical notion that disability per se is a bad thing that should be excluded and that disabled lives are intrinsically less valuable... He also feels guilty that Laura would bear the brunt of the procedure.

"She'd have to inject the hormones, have the eggs taken out - it puts her under so much pressure and that frustrates the life out of me because this is my condition."

People who don't have any genetic disorders don't realize how lucky they are.