"Quinn and his ducks" - a manifestation of autism 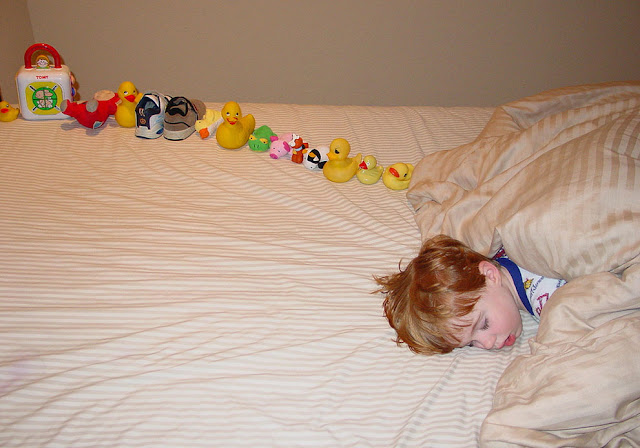 "We thought the way he was always lining up toys was just a quirky thing he liked to do... but later realized it was a very strong indicator that he had autism."

Photo credit to andwhat'snext, who commented on his photo "After looking at some other photos, we saw that he has used various types of non-random patterns with his stacking, aligning and drawing."

Via The Atlantic's In Focus photoblog, which has assembled 29 photos to mark April as Autism Awareness Month.