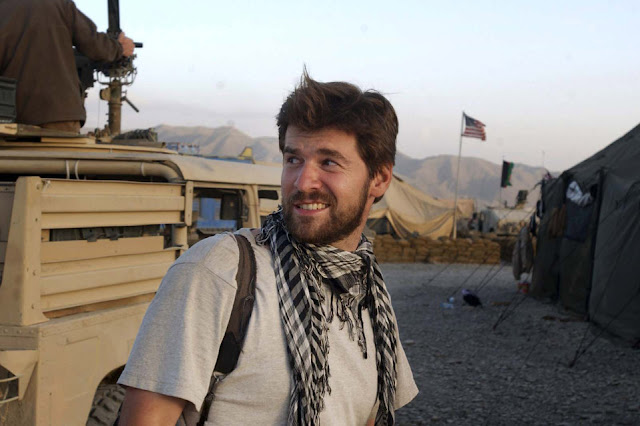 This undated photograph shows Chris Hondros in Afghanistan. (Agence France-Presse/Getty Images)
The Wall Street Journal has a gallery of about twenty photographs by Chris Hondros taken in Afghanistan, Iraq, Liberia, and Haiti.  To me, the most memorable of the group is the one below, which I saw many years ago (and probably posted at the time, though I can't find it now): 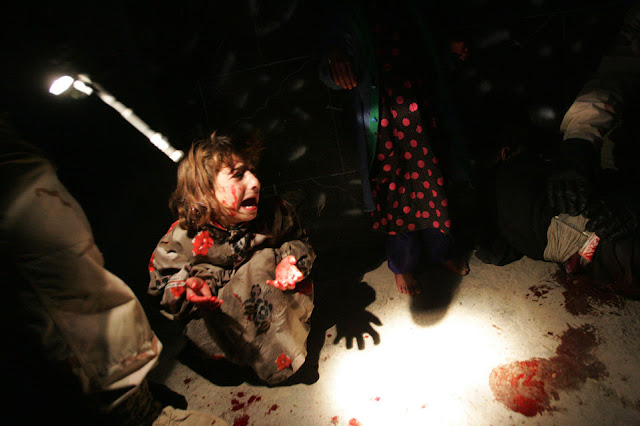 Samar Hassan screams after her parents were killed by U.S. Soldiers with the 25th Infantry Division in a shooting on January 18, 2005 in Tal Afar, Iraq. The troops fired on the Hassan family car when it unwittingly approached them during a dusk patrol in the tense northern Iraqi town. Parents Hussein and Camila Hassan were killed instantly, and a son Racan, 11, was seriously wounded in the abdomen. Racan, who lost the use of his legs, was treated later in the U.S.