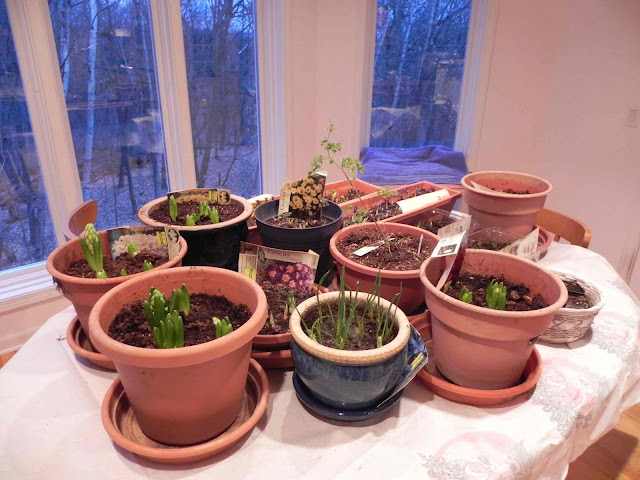 While researching my blog post on birch sap, I found a number of amateur videos on the subject.  This is the best one, in part because he shows at the end how to create a "bung" to plug the hole in the tree after you are done harvesting sap.

An article about this year's "March Madness" NCAA basketball tournament argues that the quality of play at the collegiate level has decreased because so many skilled players are opting to enter the NBA early.

Newsweek has an article about male-on-male rape in the U.S. armed forces.

La Muse Verte offers a collection of graffiti from the walls of the structures of Pompeii - most of it of a crude sexual nature.

I have seen and enjoyed every Ken Burns documentary.  The subject matter of his next one is the Vietnam war.

The lionfish is an invasive species.  ".. in the Atlantic and Caribbean, where it has been proliferating madly since the early 1990s, the lionfish has no controlling predators. Not even goliath groupers or sharks have developed a taste for them."

Quick:  What's the last name of the marooned family in Swiss Family Robinson?   Wrong.  The answer is in the Futility Closet.

Several years ago I posted a brief report on "mechanically separated meat."  Now a report from Australia discussed "glued meat."

A video showing a six-year-old girl being patted down by TSA screeners has provoked a lot of comments on different websites.  Offered here without commentary.

An article at Bloomberg explains how traders at Goldman Sachs tried to manipulate the market in mortgage derivatives.  The trader who was interviewed later backtracked: “He said that reading his self- evaluation as a description of an intended short squeeze put too much emphasis on ‘words.’"

Human kidneys have been made from stem cells. "The artificial organs were created in a laboratory using human amniotic fluid and animal foetal cells.  They are currently half a centimetre in length - the same size as kidneys found in an unborn baby."

The generation of baby-boomers is now starting to try to unload a lifetime accumulation of "things." "With some 8,000 Americans turning 65 every day, on average, and the senior population expected to double by 2050, millions are facing a massive, multifaceted purge that's turning out to be much tougher than they thought it would be."  Details at the Smart Money link.

A deer protecting a nesting goose in a cemetary.  With video.

The top photo shows our dining-area table a couple weeks ago.  Some of you will understand the eagerness with which Midwesterners look forward to the onset of spring.  Pots of bulbs bursting into bloom indoors hastens that transition.  Here's the same table this past week: 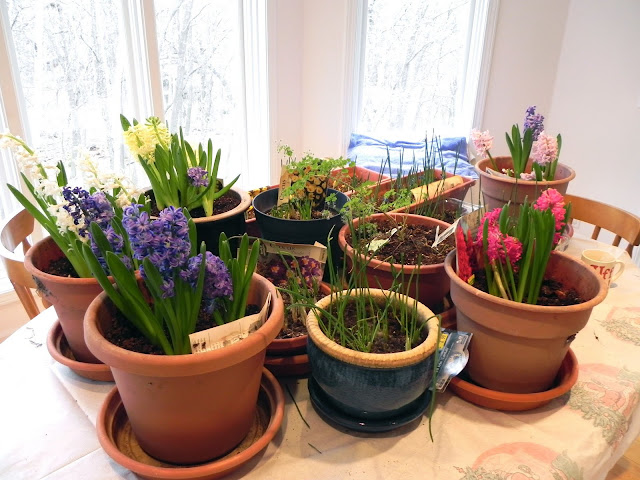 When it gets a little warmer, the bulbs will be moved into the garden.