The clapper bridges of Dartmoor 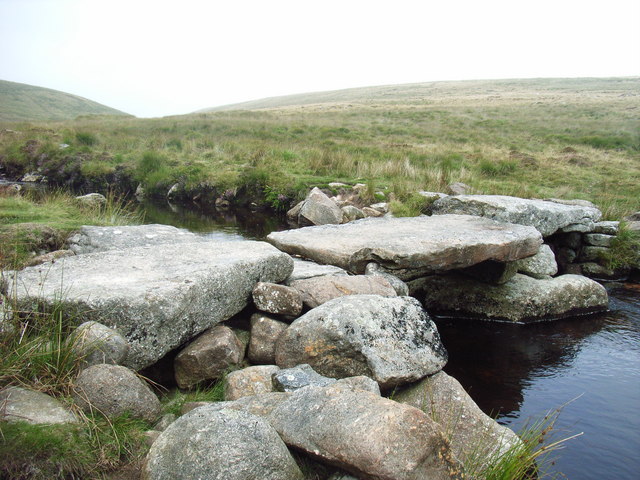 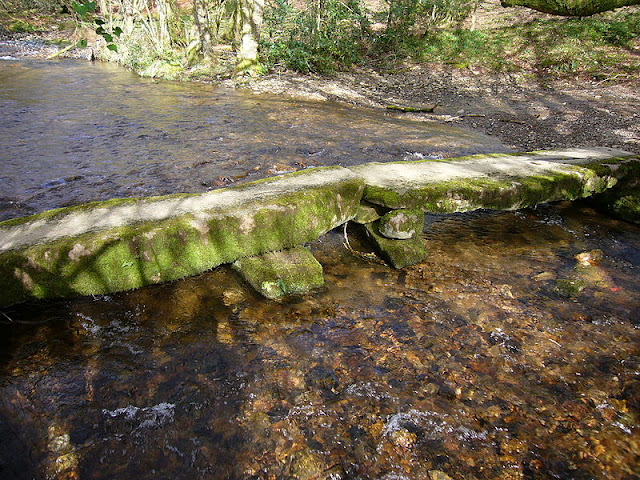 A simple form of bridge design features a series of stone slabs set atop rock pilings. It’s perhaps one rung up from stepping stones placed in the water or logs laid from bank-to-bank on the evolutionary scale of bridge design. It certainly falls within the more primitive bridge construction types imaginable. In England, particularly the County of Devon, it’s a form known as a clapper bridge...

Gravity alone holds everything in place without the benefit of mortar. Most of this construction took place from the middle ages through the early Nineteenth Century. They are quite common in Dartmoor and one gentleman has cataloged and visited more than 200 of them...

Text above from Twelve Mile Circle, which I found while perusing the blogs authored by TYWKIWDBI readers.


The definition of a clapper bridge is flat stones held in place only by their own weight. Some of them have only one slab but they can consist of up to nine [note this one]. Some have pillars, some are laid directly onto the banks (cart clappers).

For the etymology of "clapper" I turned to the OED and didn't find an exact answer.  I suppose the name could have derived from a clapping sound made when placing or traversing the bridge, or "clap" could be in the sense of "to construct or put up hastily."