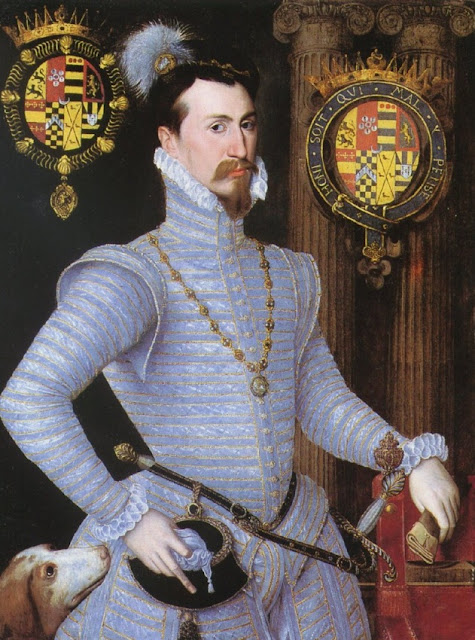 This week I found on our library's new acquisitions shelf a book entitled "Death and the Virgin Queen," by Chris Skidmore -


Elizabeth's life as England's Virgin Queen is one of the most celebrated in history. Christopher Skidmore reveals a very different picture: of a vulnerable young woman, in love with her suitor, Robert Dudley. Had it not been for the death of his wife, Amy Robsart, Elizabeth might have one day been able to marry Dudley, since Amy was believed to be dying of breast cancer. Instead, the suspicious circumstances surrounding Amy Robsart's death would cast a long shadow over Elizabeth's life, preventing any hope of a union with Dudley and ultimately shaping the course of Tudor history.

I haven't started the book yet; if anyone has already read it, feel free to comment.