A brief history of the federal income tax 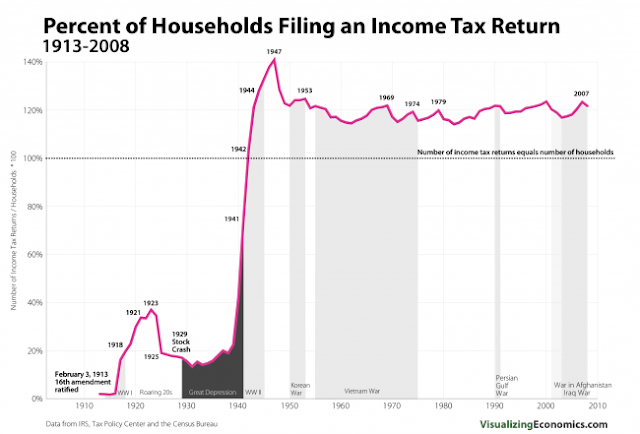 The y-axis shows number of tax returns filed divided by number of households.

And the last 70 years the data are self-evident.  These data are potentially relevant re the currently ongoing discussion re raising tax rates on America's wealthiest people.

Graph and text from Visualizing Economics, via Yglesias.