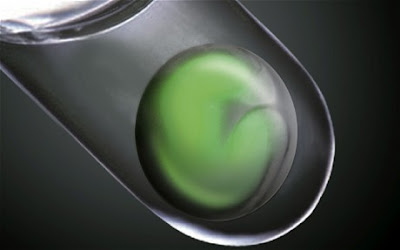 From a report in The Telegraph:


Researchers were amazed when stem cells in a test tube spontaneously organised themselves into a complex structure that resembles the developing embryonic eye. The surprising development could lead eventually to whole retinas being cultured and then transplanted, restoring sight in the blind and visually impaired.

The team from the Institute of Physical and Chemical Research in Japan, first cultivated embryonic stem cells in a test tube and then added proteins to trigger them into developing. They hoped that they would form a recognisable organ but were still stunned when over 10 days they clustered together and began to grow the "optical cup" of a retina.

Tests showed that the cells were functioning normally and were capable of communicating with each other.

The experiment was performed on murine cells, but the hope is that human retinal transplants might be feasible within a decade.