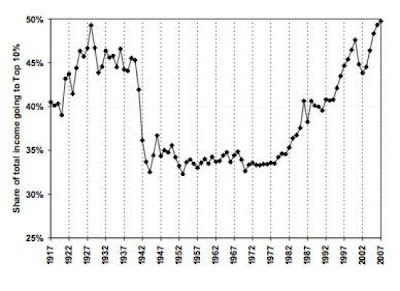 "A study by Berkeley economist Emmanuel Saez, who created this chart, illustrates that by 2007 (the most recent year for which data is available), the share of total income going to the top ten percent of the population soared to highs not seen since the Great Depression -- and then exceeded them." 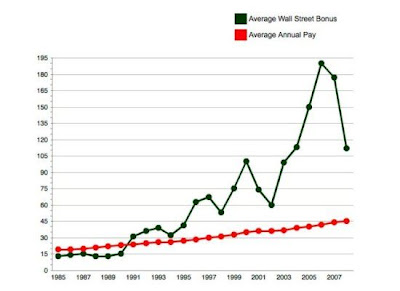 "Beginning in the 1990s, Wall Street bonuses began to take off, and were downright astronomical by 2006. And even when Wall-Street bonuses dipped during the financial crisis, they still did not, according to this chart, come anywhere near worker's annual salary."

Charts and text found at The Huffington Post (where there are additional related charts).