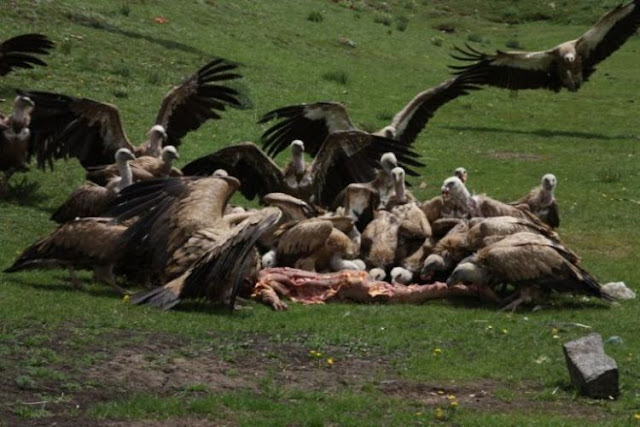 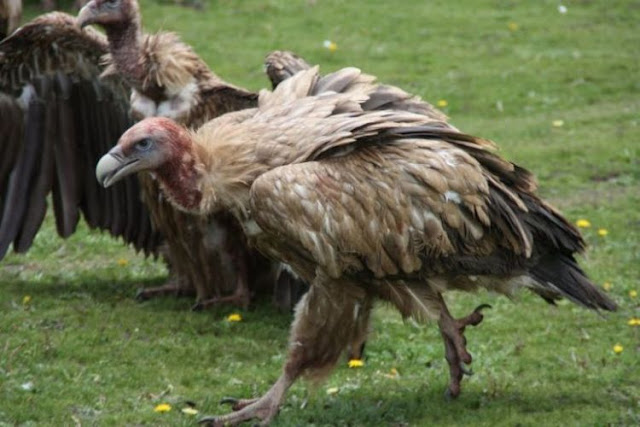 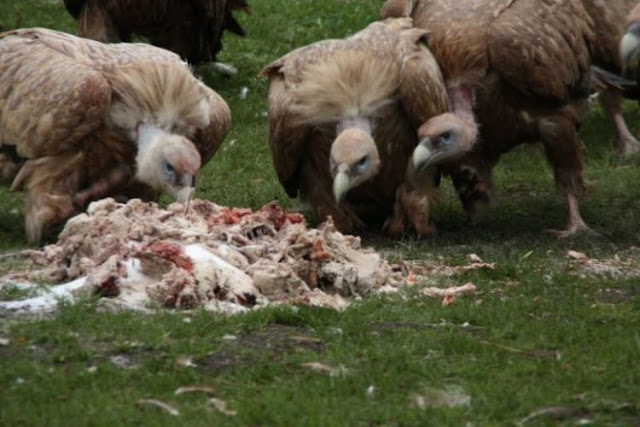 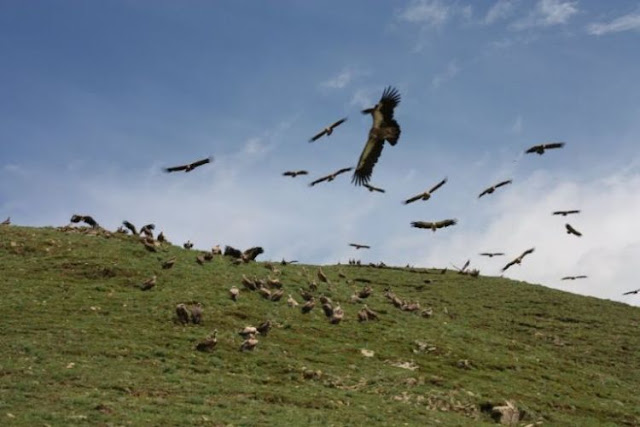 Sky burial or ritual dissection was once a common funerary practice in Tibet wherein a human corpse is cut in specific locations and placed on a mountaintop, exposing it to the elements or the mahabhuta and animals – especially to birds of prey. The location of the sky burial preparation and place of execution are understood in the Vajrayana traditions as charnel grounds. In Tibet the practice is known as jhator (Tibetan: བྱ་གཏོར་; Wylie: bya gtor), which literally means, "giving alms to the birds."

The majority of Tibetans adhere to Buddhism, which teaches rebirth. There is no need to preserve the body, as it is now an empty vessel. Birds may eat it, or nature may let it decompose. So the function of the sky burial is simply the disposal of the remains. In much of Tibet the ground is too hard and rocky to dig a grave, and with fuel and timber scarce, a sky burial is often more practical than cremation.

An eminently practical solution, and one which does not distress me at all; I wouldn't mind my corpse undergoing the same fate.

I selected the photos from this set of about 70 photos.  I know there are some TYWKIWDBI visitors who are quite senstive to graphic images, so I will advise you that several of the other images in the set depict the preparation of the corpse before offering it to the vultures and the breaking of the skeletal bones midway through the process, and you may find these too intense.

Reddit has a discussion thread with a comparison to the Zoroastrian "tower of silence."  Some of the comments there are inappropriately juvenile, but there is also some useful information.