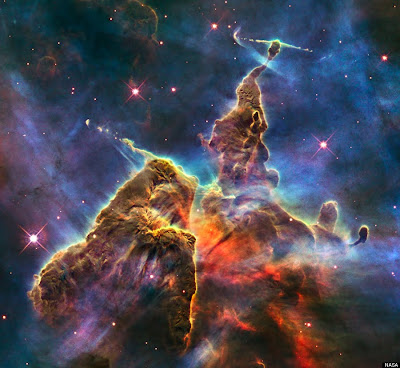 That's how NASA's Hubble Center describes this "pillar of gas and dust" that lies within the Carina Nebula.

Wikipedia mentioned that a part of the Carina Nebula is called the Keyhole Nebula, and the photo of THAT is so interesting that I've posted part of it separately below!