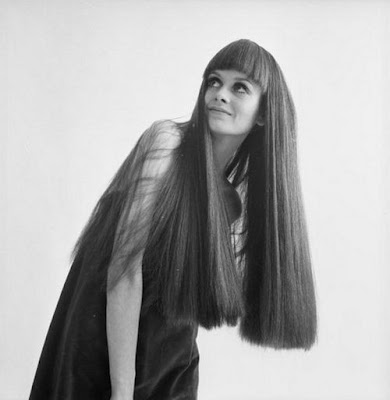 One of the world's first "supermodels," known for her petite, almost androgenous appearance (31-22-32), and somewhat controversial for that reason; as an adult she has spoken out against the "waif-thin" appearance of today's models (her own slenderness was natural, not induced).

Biography at Wikipedia for those of you who did not live through the 1960s.

Photo found at the curiously-named Love Dance of the Saroos [tywkiwdbi has a certain fondness for blogs with unusual names...]