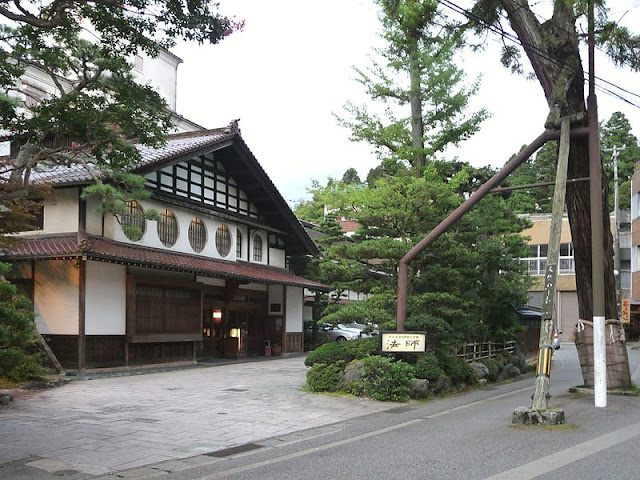 Hōshi is a ryokan (Japanese traditional inn) in Japan.  The hotel has been operated by the same family for forty-six generations (since 717 A.D.)

The fascinating explanation is in comments at the Reddit discussion thread:


It should be noted that Japan has a tradition of adopting adult heirs if it seems like there is nobody in the family that would be suitable/wanting to run the family business. Over 90% of adoptions in japan are of adult males in their 20s and 30s, and japan has one of the highest adoption rates in the world.

Because of this family businesses in japan are more successful than in other countries, which tend to die out due to blood lines or become other kinds of businesses.

Suzuki, Toyota, Kikkoman, and Canon are all family businesses. The current head of Suzuki was adopted, and the heir that will replace him will also be adopted.


It's not a strange concept when you look at history. Some societies that placed a big importance on family (and there are many) allowed for the "adoption" of an adult. It's more about welcoming someone into the family and taking the family name than it is about providing for someone.

For example, the Roman Republic/Empire frequently engaged in adult adoption, even posthumously. Caesar adopted Octavian/Augustus after his own death as a way of having an heir. Quite a few of the Roman emperors were adopted by the previous emperors simply as a way of choosing an heir if there was no suitable or capable son that could take the job.