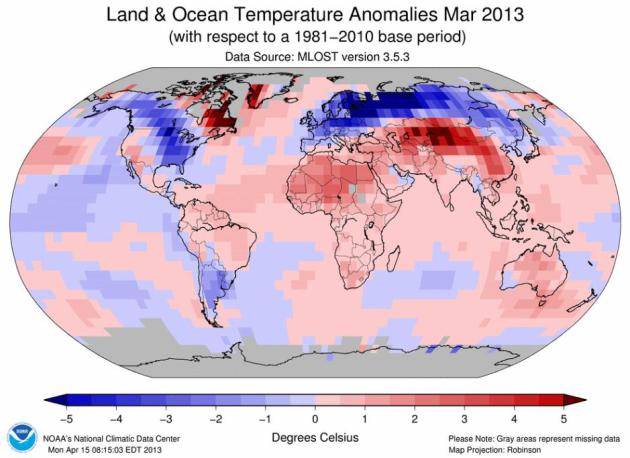 Americans in the Midwest and residents of Europe may be surprised to discover that despite their local insufferably-prolonged winters, global temperature patterns were somewhat different:

Today's The View From Your Window featured a deck in Isle, Minnesota - 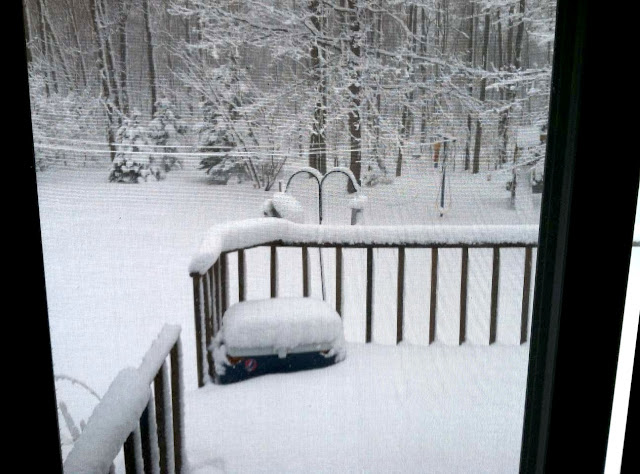 - which is about a hundred miles south of my favorite retreat at Leech Lake in Walker Minnesota.  Posted to remind myself that it's still way to early to escape to the north woods.