An aerogel "twice as heavy as hydrogen" (??) 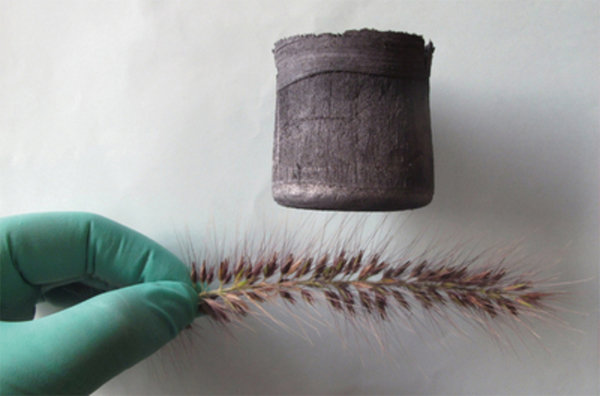 Aerogels are truly amazing structures.  The one pictured above (reported in Nature) resting on an inflorescence of grass is described as being "lighter than helium, only twice as heavy as hydrogen."


Now, a new graphene aerogel created by scientists led by professor Gao Chao at the Zhejiang University has swept past, weighing in at just 0.16 milligrams per cubic centimetre.

I have a hard time wrapping my mind around that description.  I thought helium was twice as heavy as hydrogen.  Geek says "the new aerogel has a lower density than helium and only twice as much as hydrogen."

I think some of the descriptions are conflating density and weight.