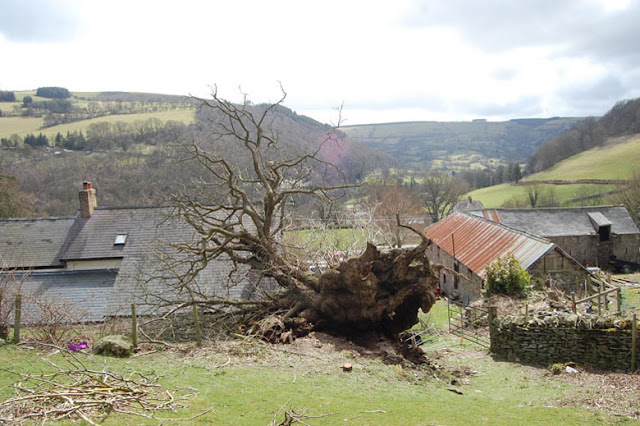 The tree was blown down during galeforce winds on Wednesday night. The oldest oak in Wales – and probably one of the oldest oak trees in northern Europe – has grown in the Ceiriog Valley near Chirk, north Wales, since 802 and measured 12.9m in girth. Legend states that the Welsh prince Owain Gwynedd rallied his army under the tree in 1157, before defeating the English King Henry ll at the nearby battle of Crogen, and that the tree was spared when Henry had his men cut down the Ceiriog woods in 1165.


Text and image from The Guardian.  Photo credit Rob McBride.  Related stories at the BBC and at the Globe and Mail highlight efforts underway to preserve and protect some of Britain's other historic trees.