The stairways in Bogota's barrios 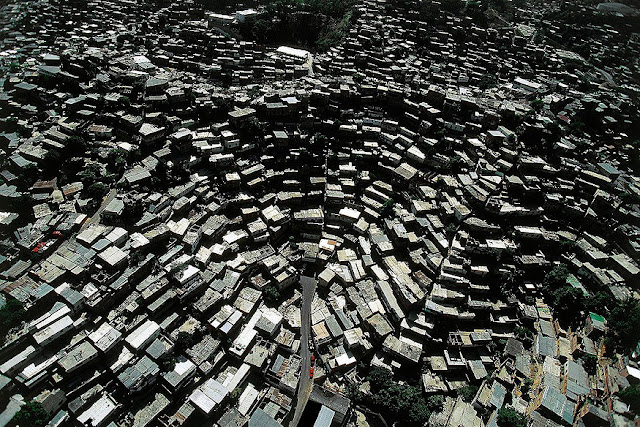 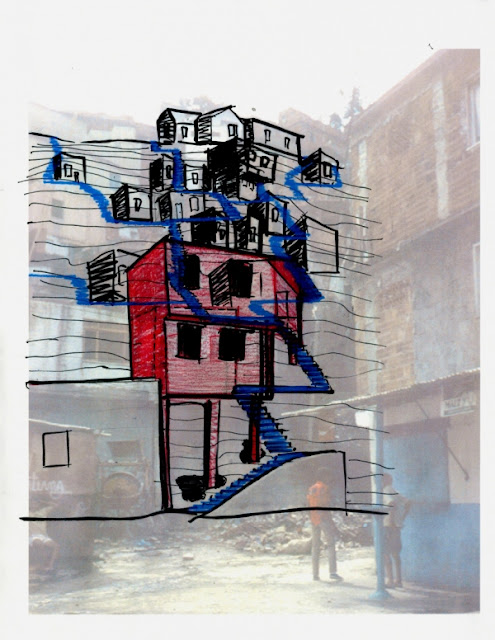 From a photoessay at Lebbeus Woods:


Located on a high plateau surrounded by the Andes Mountains, Bogota is a sprawling urban center, made up of numerous barrios (neighborhoods)... Whereas the center of the city is located on the flatter portion of the plateau and its construction mandated by formally ordained city codes, the makeshift periphery is pushed to the mountainous regions surrounding the center. Its construction is based solely on need. The locals build what they want, when they want. The result is an extremely organic, interconnected conglomeration of houses, passages, and necessary utilities.

This type of spontaneous architectural organization requires an equally spontaneous and winding system of movement and access. Due to the fact that these are located on mountainous landscapes, roads can only go so far in providing this access. Major portions of the barrios are accessible only by means of a network of interconnected staircases. These stairs act like arteries or a web, which spread though the entire barrio...

More photos and explanation at the link, via A London Salmagundi.