Mark Twain relates an anecdote about the remarkable Helen Keller 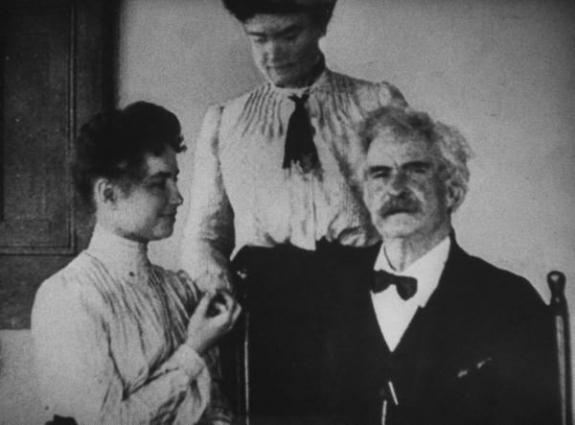 Mark Twain met the fourteen-year-old Helen Keller at a friend's home where 12-15 people had been invited...


"The guests were brought one after another and introduced to her.  As she shook hands with each she took her hand away and laid her fingers lightly against Miss Sullivan's lips, who spoke against them the person's name.   When a name was difficult, Miss Sullivan not only spoke it against Helen's fingers but spelled it upon Helen's hand with her own fingers - stenographically, apparently for the swiftness of the operation was suggestive of that...

After a couple of hours spent very pleasantly, some one asked if Helen would remember the feel of the hands of the company after this considerable interval of time, and be able to discriminate the hands and name the possessors of them.  Miss Sullivan said "Oh she will have no difficulty about that."  So the company filed past, shook hands in turn, and with each handshake Helen greeted the owner of the hand pleasantly and spoke the name that belonged to it without hesitation..."

Text found at pg. 425 of Volume 1 of the newly-released Autobiography of Mark Twain.  Photo: Helen Keller Foundation, via Awesome Stories.