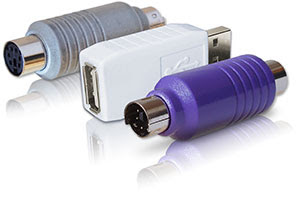 From a story in the Manchester (U.K.) Evening News:


There are fears that personal bank details may have been stolen after ‘snooping devices’ were found plugged into public computers at libraries in Wilmslow. Police are investigating after the small gadgets were spotted attached to keyboard sockets at the back of two machines in Wilmslow and Handforth libraries. It is not known how long they had been there.

Two devices were seized by library staff and are being studied by Cheshire police’s hi-tech crime unit. However, a third device disappeared from Wilmslow library before it could be confiscated...

Nathan Evans, manager of Fathom IT in Wilmslow and North Cheshire, said: "These are pretty horrendous things. They are a key logger so they record anything that’s keyed in – passwords, bank details, everything. "So, if someone goes along to the library and decides to book a flight or buy something off Amazon, you’ve got a big problem.

A hat tip to Richard Hartmann for alerting me to this story and sending the links.