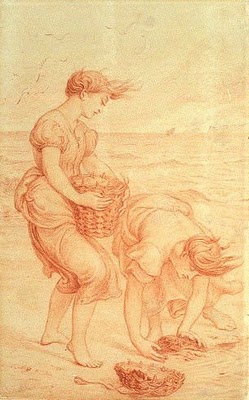 [Chalk drawing, 'Sea Coal Gatherers' by Frederic Shields, undated]
This past week I encountered the drawing above at Victorian/Edwardian Paintings.  My personal experiences with coal began when I lived for a time in a semi-rural location in Kentucky and heated my house with a coal-burning stove.   I was surprised at the time to note how relatively light in weight coal was, but I had never thought much about it floating in water until I saw this drawing.

A quick search led me to Within the Walled Garden, which had a story about harvesting the material along a beach:


We followed the high tide line because I love to search for treasures. Coloured or shiny bits glinting in their recent wetness. A woman in front had a dog and a bag of stuff she kept gleaning from the berm ahead of us. I asked her what she was scavenging. "Sea coal" she said, and showed us how to identify the lumps and distinguish them from the black pebbles by their lighter weight and glimmer even when dry... It wasn't a great harvest because we only had DJ's hat to carry it in. But we shall return.

The post included this photo of freshly acquired sea coal - 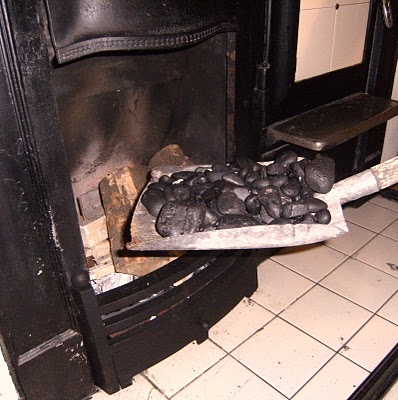 - showing the rounded edges consistent with wave action, quite different from the material available in Kentucky roadcuts.

The next useful item I found was "A Manxman's Tale", about sea coal scavenging, in The British Journal of Photography:


Killip first visited the beaches around Lynemouth in 1975 but, he says, it took him years to win the sea coalers' trust. 'I went there when I was first in Newcastle, and I couldn't believe it,' he remembers. 'It was so odd, these guys getting coal from the sea, and so visually amazing with all these horses and carts. But when I went on the beach with my camera, they just turned around and tried to run me down. I pulled off the beach and didn't go back for two years. When I did, the same thing happened. This continued until 1981, when I had a very bad afternoon and decided to go to the sea coalers' local to reason with them. They said "Listen, we get photographed by the dole. They sit in the van and they spy on us, and then when we go to get welfare they produce these photographs and we won't get any money. For us photographs are bad news, and we don't want any."

The final question I had was whether sea coal was a purely natural phenomenon, from exposed veins on seashores, or whether it was somehow a byproduct of the transportation of coal in barges or other vessels.  The answer came from this Wikipedia entry about Cresswell, Northumberland:


Snab Point, 500 metres south of The Carrs, is a sheltered bay with the Alcan aluminium smelting plant on its south side. Embedded in the small cliffs of Snab Point are the remnants of fossilised trees. The beach area is littered with the remnants of fossilised wood and small seams of coal can be seen in the cliffs. Depending on the tides and wind, vast swathes of sea coal is washed up within the bay.

A photo at the link shows a beach strewn with sea coal.   There's more on the history of sea coal at The Public "I":


“In the last four decades of the thirteenth century, the cost of wood increased about 70 percent, while sea coal increased only 23 percent… Londoners had no choice but to resort to sea coal, which was rapidly becoming known simply as "coal." By 1300, London's total annual wood fuel demand was 70,000 acres. By 1400, it was only 44,000, despite prodigious industrial, commercial and population growth.” The street in London where merchants sold their cargos still bears the name “Seacoal Lane”...

The Durham County Council has this probably Victorian-era photo of the gathering of sea coal: 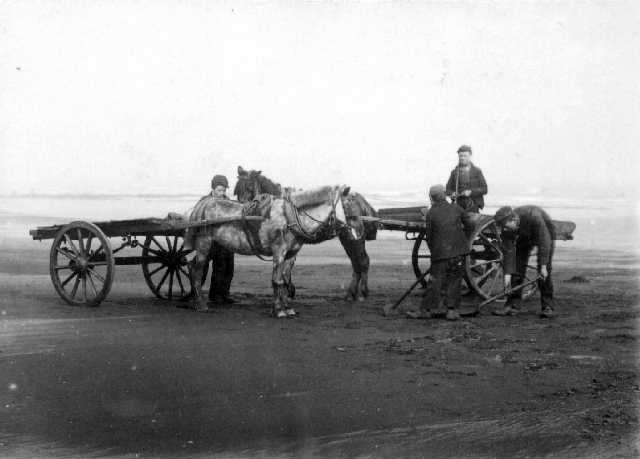 and the BBC shows the modern equivalent: 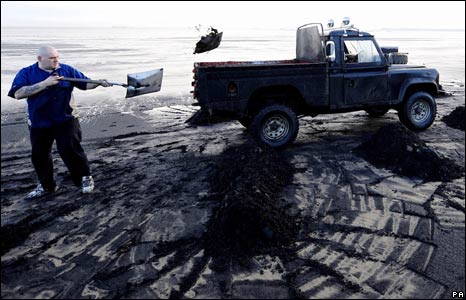 Sadly, this photo from the Science Photo Library is also relevant: 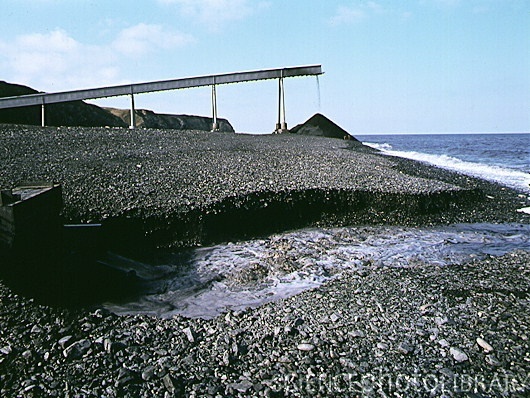 "...coal waste being dumped into the North Sea from Easington Colliery, County Durham (background). In the foreground is a discharge pipe emptying effluent from the mines into the sea. The sea is discoloured for several miles around the dump and the beaches are black with coal waste."