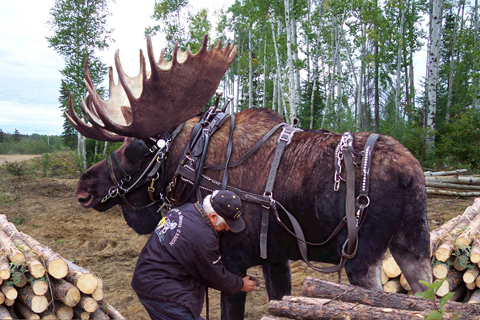 I saw the photo above at Uncertain Times and began to wonder.  One's knee-jerk reaction is, of course, to assume that every odd photo is 'shopped, but reindeer have been semi-domesticated for centuries.  Could you train a moose to pull loads, if you started at an early age?

I couldn't track down that photo's original source, but I did find these images of young moose in harness at Black Bear Blog: 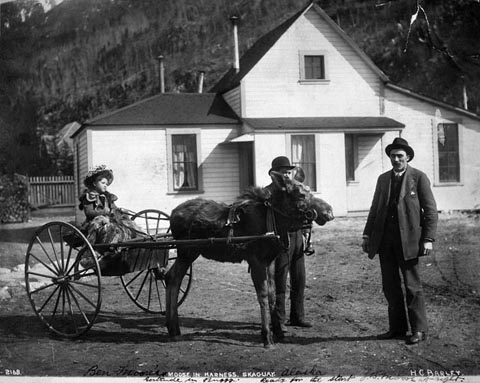 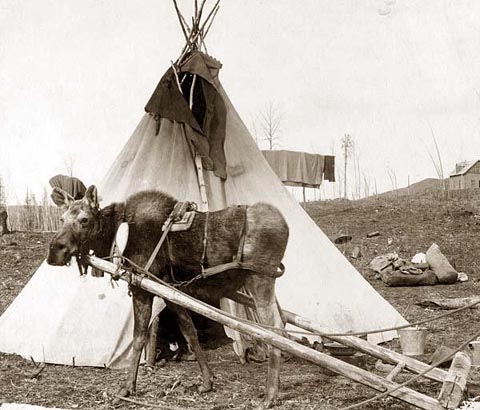 The first shows a young moose harnessed to a carriage; it comes from Alaska History Store and is labeled "Skagway Alaska."  The second moose seems to pulling either a travois or a plough.  One comment at the Black Bear Blog linked to this photo - 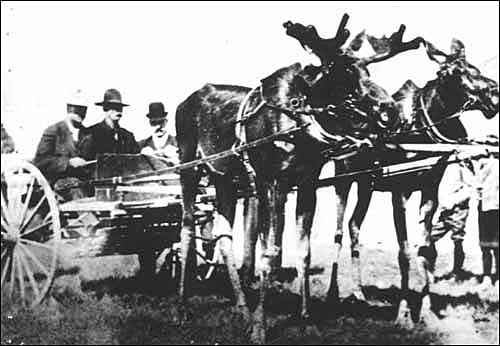 - showing "a pair of moose, hand-raised by owner Peachy Prouden. The photo was taken at Athabasca Landing, Alberta in 1898."

Here's one more, from Tossing Pebbles in the Stream: 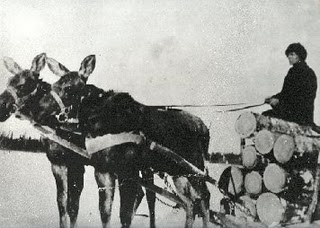 - where there is also a photo of a moose with a saddle on it.

So, now that we're convinced that a "working moose" is possible, what about the original photo?  It is Photoshopped, as explained at this "urban legends" site, where note is made of "Chevaux d'Abitibi" ("Horses of Abitibi") on the man's jacket and the mirror-image woodpiles on the left and right covering some other item(s) in the original photo.

But it is possible.

And, if you've read this far and are still paying attention, you might move on to this Google Books link that explains why a moose's long legs give it an advantage in fleeing from wolves on irregular terrain (and other quite interesting biologic tidbits).


Second addendum: Reader Spiritartartist found and posted this photo of a (quite large) moose in harness in her blog three years ago: 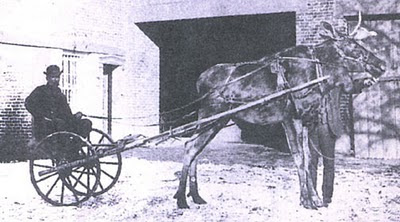 The moose was named "February," and the photo was taken in New Jersey in 1886; details at the link.