R2D2 and C3PO in Raiders of the Lost Ark 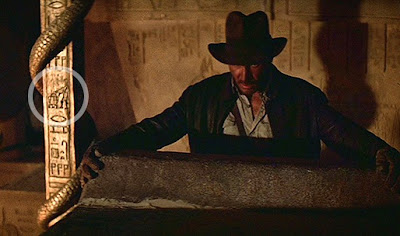 Image above said to be a still from the movie; apparently not 'shopped, because I found this from a Reddit discussion: