Blackwater and the AK-47s 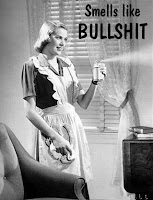 "The private military company Blackwater has found an unusual way to skirt federal laws that prohibit private parties from buying automatic weapons. Blackwater bought 17 Romanian AK-47s and 17 Bushmasters, gave ownership of the guns to the Camden County sheriff and keeps most of the guns at Blackwater's armory in Moyock.

Tiny Camden County -- population 9,271 -- is one of the most peaceful in North Carolina. In the last 10 years, there have been two murders, three robberies and seven rapes reported. The sheriff has just 19 deputies.

Sheriff Tony Perry said his department has never used the 17 AK-47s outside of shooting practice at Blackwater. None of his 19 deputies are qualified to use the AK-47s, Perry said, and his department's need for automatic weapons is "very minimal."

The AK-47 would be a poor choice of weapon for a SWAT team, said John Gnagey, executive director of the National Tactical Officers Association, the national organization of SWAT officers. As a combat weapon, the AK-47 is too large and powerful for SWAT teams, Gnagey said. It is rugged but relatively inaccurate..."