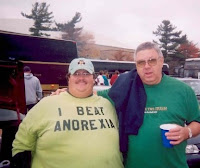 "Australia is now the world’s fattest nation, with 26% of adults labeled obese, a new report said Friday. The report, titled ‘‘Australia’s Future Fat Bomb’’ was undertaken by the Baker IDI Heart and Diabetes Institute, and revealed that some 4 million Australian adults are now classified as obese. The alarming new figures mean the nation has officially overtaken the United States, which has a 25% obesity rate.

In all, there are currently 1.6 billion overweight adults in the world, a number that is expected to grow by 40% over the next decade, according to the World Health Organization."