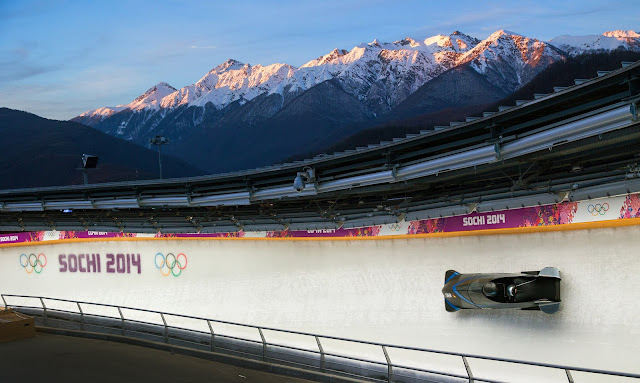 Concussions are not limited to football, as explained in a rather chilling New York Times article about Olympic bobsledders.


On May 3, Pavle Jovanovic, a former bobsledder, rigged a chain to a crane he and his brother kept in the shop of their family’s metal works in Toms River, N.J. He tied the loose end around his neck and hanged himself.

Jovanovic, an Olympian, was just 43, but already experiencing the shakes and tremors often associated with Parkinson’s disease. He was also the third elite North American bobsledder to kill himself since 2013...

In recent years, an increasing number of athletes, current and retired, in sliding sports, especially bobsled and skeleton — a sister sport in which competitors slide headfirst on a small sled made of metal and carbon fiber — have said they battle chronic headaches, a heightened sensitivity to bright lights and loud noises, forgetfulness and psychological problems...

Brain experts who have studied these athletes say the symptoms most likely stem, at least in part, from years of enduring the notorious crashes, routine head banging, brain-rattling vibrations and strong gravitational acceleration forces that are common in their sports.

The athletes even have a name for the exhausted fog that even a routine run down the track can leave them in. They call it “sled head,” a term that troubles brain experts because they say it has normalized the classic symptoms associated with concussions and mild traumatic brain injuries familiar to football players and others who participate in high-impact sports. 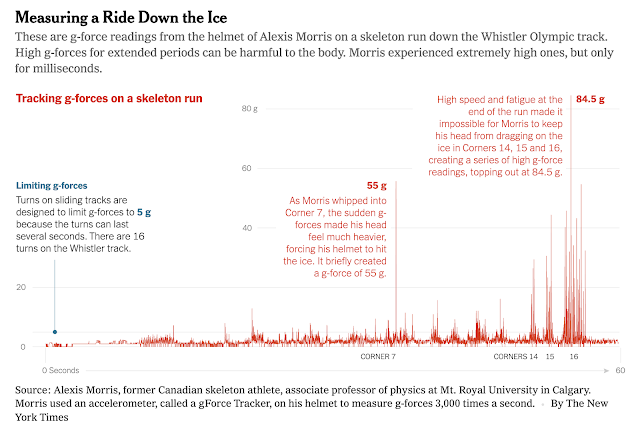