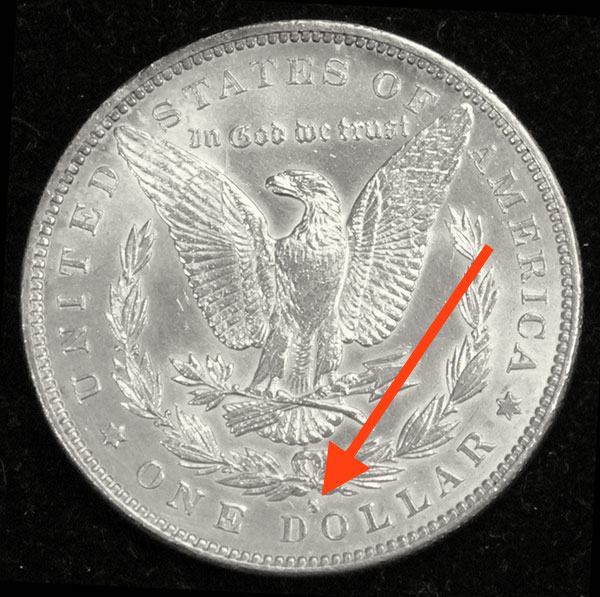 This is the most interesting thing I've read all week.  I started collecting coins when I was a kid, though the hobby has been inactive for decades.  Mint marks are crucial in determining the value of a coin, and most collectors realize that they can be altered by abrading them off, or by adding extra metal (typically crudely done).  Yesterday the Madison Coin Club circulated an article from CoinWeek explaining that mint marks can be added from the inside of the coin.

This curious alteration, known as an embossed mintmark, began turning up in the late 1970s and early ‘80s on coins bearing thick edges and on which any mintmark would typically be found near the rim. Buffalo Nickels certainly fit that bill. So, too, do Morgan Dollars...

What’s an embossed mintmark? It’s a mintmark that has pushed up from inside the coin – that’s the embossing process. But how’s something like this done? By drilling a tiny hole through the edge of the coin under the place where the mintmark will be situated on the coin. To emboss the mintmark, a device resembling needle-nosed pliers is used; on the inside of one jaw is the mintmark, and on the inside of the other is padding to prevent scratches and other damage on the surface receiving the embossed mintmark. With the mintmark-side of the pliers in the drilled-out hole, pressure is then applied on the pliers and the mintmark is embossed onto the coin from within. The access hole on the edge of the coin is then filled with a material such as lead and sanded or sculpted to resemble the surrounding authentic edge...

A miscreant who endeavors in such fraud must have a lot of patience – and access to dental tools – to emboss bogus mintmarks. But it’s been done… countless times. How many embossed mintmarks are out there is anybody’s guess. But these phonies are prevalent enough on the marketplace that collectors need to be wary.

Image from the source (I added the arrow pointing to the "S" mint mark).