Gleanings from "Naked to Mine Enemies" - updated 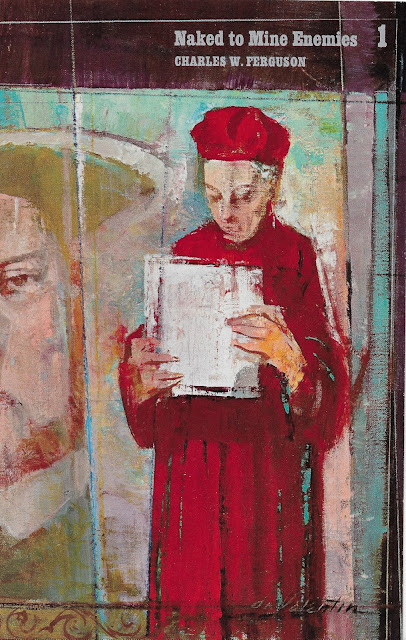 I first read Naked to Mine Enemies in the 1960s when I subscribed to the superb Time Reading Program.  Read it again and enjoyed it about 20 years ago and again reshelved it for future rereads.  Now the future is here, so it's time to give it a "goodbye read." The book is arguably the best biography ever written about Thomas Wolsey, the Archbishop of York and effectively the "alter rex" of England in the early 1500s.  Herewith some excerpts from volume I:


"And so, obedient to a practice that belongs to no age and an irony that belongs to all ages, the Marquis saw that the schoolmaster must be rewarded for his good teaching by not teaching at all, by being withdrawn from teaching.  There was no future in teaching.  Education was to fit a man for something else."

"Miraculous cures had been accomplished, and many persons came in great penance and devotion; but not a few came for the ride, and the term Canterbury gallop, denoting the leisurely and pleasant pace of the horses of the pilgrims, had begun to take its place in the language, later to be reduced to the word canter."

(for the invasion of France):  "In intent and purpose the army of the King went to invade; but first and foremost it went to parade... The Earl of Northumberland carried with him a feather bed and mattress for his pavilion, "with cushions of silk, hangings of worsted, twelve dishes, six saucers, twelve silver spoons, two or three folding stools, a folding table, a close carriage with seven horses, two chariots each with eight horses, four carts each with seven horses, not to speak of a steward, a chamberlain, and a treasurer of the household, a treasurer of wars, two chaplains, a gentleman usher of the chamber, a master of the horse, carvers and cupbearers, a herald and a pursuivant."

"The whole question of dress needed to be reviewed; and the Parliament of 1515 passed an Act of Apparel fathered and furthered by Wolsey, which restricted the burgesses to their appropriate homespun and defined in more precise terms than did the earlier laws what men of the several classes would be permitted to wear.  The Act of Apparel went further.  It set up regulations in another area where the tendencies of persons of low order to ape their betters had begun to show themselves - the area of food.  Those who stood in the ranks of gentlemen were permitted to have three dishes at a meal; lords of Parliament, Lord Mayors, and Knights of the Garter could have six."

"[Buckingham] was brought back to the bar, and the Duke of Norfolk, as chief judge, pronounced the sentence of death for treason:  "To be drawn upon a hurdle to the place of execution, there to be hanged, cut down alive, your members to be cut off and cast into the fire, your bowels burnt before your eyes, your head smitten off, your body to be quartered and divided at the King's will, and God have mercy on your soul... [Buckingham protests that he was not a traitor]... "... before his death, four days after his condemnation, the King relented and graciously consented that the Duke not have his bowels burnt before his eyes but that he be merely decapitated.  So he was, on May 17, 1521, to the astonishment and sympathy of the people far and wide."

"The whigmaleeries and involvements of foreign trade were no less a mystery to the overworked apprentices and workers of London than they would be to future generations...  From RampantScotland: ""Whigmaleerie" has a number of meanings, including a fanciful notion, a piece of ornamentation in a dress, a game played at a drinking club - and a fantastical contraption. Nowadays, it is often applied to a rotating clothes dryer in a garden."

[re the selection of a new Pope]: "Public interest in learning the name of the new pope was not altogether prompted by piety.  It was a quaint custom that the cardinal chosen should have his house ransacked and pillage before he could return to it, "an offense tolerated and overlooked in the general joy and license of the election."

[Wolsey] "set about to change England from a kingdom ruled by lords and whims into an orderly state... The very fact that he was a minister and not a king indicated that change had come about.  For a king, with his might and tyranny, to order this or that was one thing; for Wolsey under the King's approval to set up accounts, investigate prices, supervise the coinage, look to export licenses, regulate wages and prices, monitor the diet and dress of the people, devise graduated taxes - this was quite another.  The lines of a state which would have continuity were beginning to form."

"Wolsey's steady and relentless insistence upon regulation and responsibility, while it was often misguided, establishes gradually the consciousness of nationhood.  That consciousness was still dim when he came to power.  Men were primarily loyal to their class or their locality, not to their country.  Their loyalty lay naturally to what was close at hand.  ... there was simply nothing in the range of their experience to encompass the land of England as a whole, save at times of crisis.... the intense local loyalty which in the days of Wolsey's childhood could regard his father as an "alien" because he came from a village ten miles away - these attitudes showed what men felt and how limited was their sight.  The State was an abstraction just begining to emerge in men's minds..."

"Thomas Wolsey was in a sense the real Henry VIII, and the man who swaggers through history under that title was in effect Henry IX, a king whose performance was made possible by the work of Wolsey..." 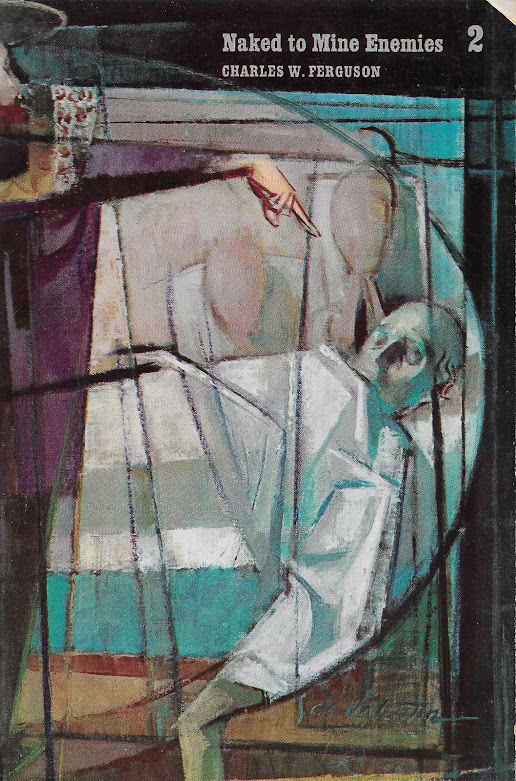 Updated to add two items from the second part of the book. Wolsey's inability to secure a dispensation from the Pope for Henry's original marriage to Catherine ultimately led to his disfavor in the court and exile therefrom.  This was an interesting observation about Henry's marital situation:


"That a King who was one of the most envied and powerful princes of Christendom could not do as he pleased about his marriage had a sobering effect on the whole populace... made men reckon anew with marriage.

The point involved might affect any marriage in England. Consanguinity, or affinity between two persons, had come to be looked upon as the devil's handiwork.  The most carefully arranged marriage, celebrated with every precaution in the face of the Church, might be invalidated by the discovery of this impediment.  "If the parties were related within the fourth degree - that is, if they had a common great-great-grandparent - then their union was null or void, unless a papal dispensation could be secured."  And this was only the beginning of the complications, for a husband was related to all his wife's relations and a wife to all her husband's...  This multiplication of impediments "made the formation of a valid marriage a matter of chance."  Parish registers offer many references to persons who had married in  ignorance of the fact that they were related within the prohibited degree.  And in some cases a husband might merely weary of his wife, and then suddenly discover that the two were related and that their marriage ought to be dissolved."

Imagine the complexities involved at the village level, where birth records were scattered, family trees not commonly created, and the populations small.  I should think in many small villages, everyone would be related to one another within four degrees.

Overall, the second part of this book was not as enjoyable as the first, perhaps because reading about someone's fall from grace is not as pleasant as reading about success.  Wolsey had risen from common stock to a life surrounded by nobility, and his rise to power had created a variety of enemies.  Economic conditions had become difficult in England because of drought, then floods, then by an epidemic plague of murrain, devastating the cattle and sheep herds.  The church and the state controlled much of the economy.


"A kingdom usually rich and verdant and teeming with animal life ached from repeated afflictions and suffered the justice of extremes, and the people who had confidently drawn their plenty from a beneficent land looked bitterly at the one who might be held accountable for prices and shortages.

The government's measures for dealing with the effects of dislocations caused by drouth and flood could not have added to the popularity of the Cardinal... And the man in the red hat who had painstakingly identified himself with the government paid the penalty of assumed and flaunted responsibility... It was part of his function as Lord Chancellor to serve as a kind of effigy for the King, sparing the King actual contact with the populace and keeping the royal person sacrosanct...

Suddenly the son of an innkeeper and grazier, who had risen to be the shield of the King, began to seem personally as well as officially offensive: the very manner of his living implied a disregard for the common lot, and the splendor of his palaces and the stateliness with which he moved through London... now offered an affront to a public suffering from diminished prosperity in some ranks and from actual hunger in others...

The temper of the people had altered while the Cardinal was too energetically engaged in administering the regime to revise his values or see the changed look in men's eyes as he passed through the smells of the crowd, his protective orange stuffed with spices held beneath his nostrils... The man from Ipswich had in effect forsaken the woolsack of his father; he had risen too high to see what went on below, to observe that a "more frugal, prosaic and commercial element was daily gathering strength and ascendancy" and that this element "found itself more in conformity with the severe, rigid, and economic spirit of Protestantism than with the sumptuous ritual of the ancient Church, or the dazzling amusements of the court."

This was a longread, and perhaps in the end TMI for my needs, but it was a fascinating look at one of the most powerful men in the history of England.