A Siberian village has surrounded itself with a trench 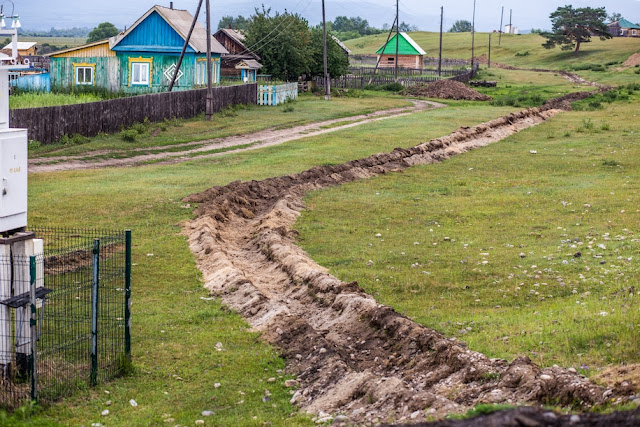 Obviously not impenetrable to ATVs, but enough to discourage tourists.  Sadly, the virus has already entered the village (populatioin 390).


Almost 10 percent of Shuluta’s population, 37 residents, contracted the virus, and 15 were flown to Ulan-Ude in helicopters. A 62-year-old man died.

The crisis tore at Shuluta. Accusations flew. Many blamed those who held the shamanic ritual that drew in outsiders. There was anger at district authorities. Other residents flat-out denied the existence of the virus — even some who had pneumonia...

“We were told they dug the trenches so that no one could leave and no one could come,” said resident Bayarma Balbanova, 28, a librarian. “How could you close the village if there is no money and no work? How could people live?”