What determines the angle of a boat's wake? 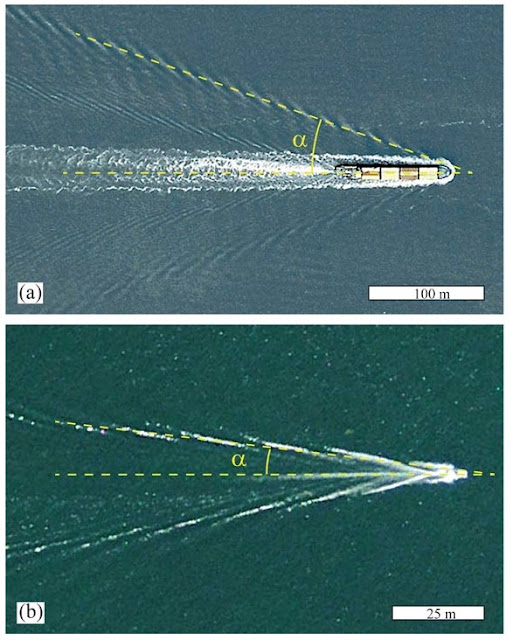 I'd never given it a thought, but the question has been debated for over a century.


Lord Kelvin is still making waves. In the 1880s, the great British physicist—then a commoner named William Thomson—argued that the wake of a boat fans out at the same angle regardless of how fast the boat is going. But scientists and engineers have long known that boats sometimes appear to have narrower wakes. Now two French physicists say they've explained that narrowing. Their idea may not sail smoothly into the textbooks, however, as experts in marine engineering are skeptical.

An avid seaman, Kelvin analyzed boat wakes and came to a rather curious conclusion: No matter the speed of the boat, it should produce a wake with a "wake angle" of 19.47°. (See figure.) That odd constancy arises for two reasons. First, the speed or "phase velocity," of water waves varies with their wavelength, with longer wavelengths traveling faster than shorter ones do. As the boat moves, it creates waves of all speeds slower than the boat itself. And the longer waves generally spread out behind it faster than the shorter ones.

The old theory, the new theory, and the counterarguments are discussed briefly at Science.