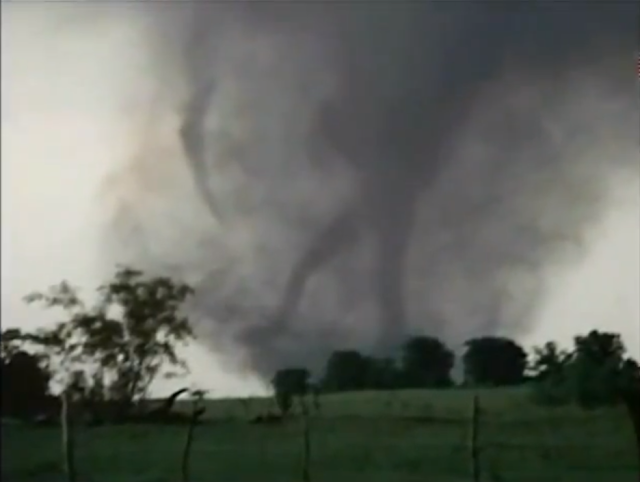 The image above is a screencap from a video on a television documentary about tornados.  Twin twisters rotating about one another produced a figure that could be viewed as humanoid in shape.

A discussion thread at the extensively-redacted AskHistorians subReddit examines whether or not there was a legend among pre-contact plains native Americans of some tornados being referred to as "dead man walking" and whether this image is representative of that.

I have often wondered why tornados are not depicted in ancient rock art petroglyphs in North America.