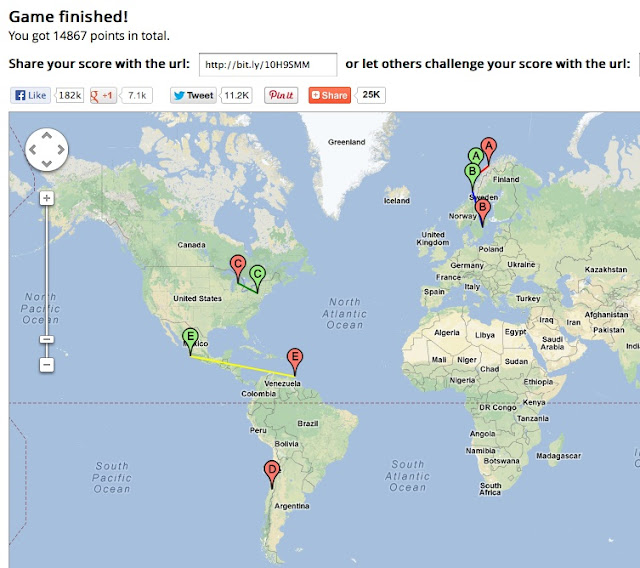 When you click on GeoGuesser, it uploads a series of five Streetview images from Google.  You can then explore short distances, and the goal is to find out where those locations are and mark them on the map.  Your score is apparently determined by your distance from the actual location.  I don't believe there is a time limitation.

I'm not sure what determines what distance you can "travel," but it does seem to be limited.  Some of the most relevant information in the photos has been obscured (notably license plates on vehicles), but you can read many billboards and building signs.

When you place your answer on the map, you can zoom in on the target for more accurate placement (assuming you know where you're going).

The five uploads are probably random; I was helped in getting a high score by having one American and two Scandinavian locations.  I tried again using Google in a separate tab to look up some words I saw and was able to raise my score to 16,801, but I don't know if that was "legal."