Electricity usage in the United States. A cartogram from 1921. 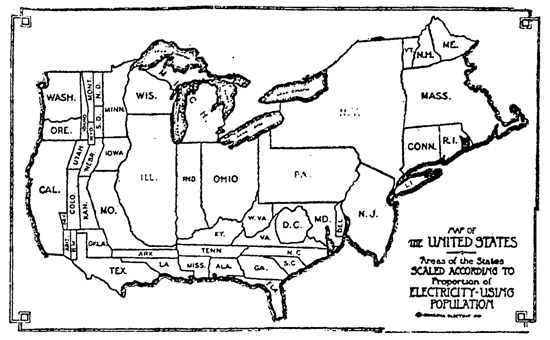 From the archives of the StarTribune, this cartogram depicting the number of households having electricity in each state:


How each state ranks may be judged by its size as shown on the map, which was prepared by the General Electric company, Schenectady, N.Y., from data compiled through a national survey made by the commercial service section of its publication bureau.

This was of personal interest to me because my father used to work for REA (the Rural Electrification Administration) in the 1950s.