The CIA delivered truckloads of cash to Afghanistan

We all heard stories about this years ago, but now it has been openly admitted.  As reported by the New York Times:


For more than a decade, wads of American dollars packed into suitcases, backpacks and, on occasion, plastic shopping bags have been dropped off every month or so at the offices of Afghanistan’s president — courtesy of the Central Intelligence Agency.

All told, tens of millions of dollars have flowed from the C.I.A. to the office of President Hamid Karzai, according to current and former advisers to the Afghan leader...


The C.I.A., which declined to comment for this article, has long been known to support some relatives and close aides of Mr. Karzai. But the new accounts of off-the-books cash delivered directly to his office show payments on a vaster scale, and with a far greater impact on everyday governing.

Moreover, there is little evidence that the payments bought the influence the C.I.A. sought. Instead, some American officials said, the cash has fueled corruption and empowered warlords, undermining Washington’s exit strategy from Afghanistan.

“The biggest source of corruption in Afghanistan,” one American official said, “was the United States.”..

It is not clear that the United States is getting what it pays for. Mr. Karzai’s willingness to defy the United States — and the Iranians, for that matter — on an array of issues seems to have only grown as the cash has piled up. ..


But the C.I.A. has continued to pay, believing it needs Mr. Karzai’s ear to run its clandestine war against Al Qaeda and its allies, according to American and Afghan officials.

Like the Iranian cash, much of the C.I.A.’s money goes to paying off warlords and politicians, many of whom have ties to the drug trade and, in some cases, the Taliban...

Handing out cash has been standard procedure for the C.I.A. in Afghanistan since the start of the war. During the 2001 invasion, agency cash bought the services of numerous warlords, including Muhammad Qasim Fahim, the current first vice president...


Payments ordinarily range from hundreds of thousands to millions of dollars, the officials said, though none could provide exact figures. The money is used to cover a slew of off-the-books expenses, like paying off lawmakers or underwriting delicate diplomatic trips or informal negotiations.

Much of it also still goes to keeping old warlords in line. One is Abdul Rashid Dostum, an ethnic Uzbek whose militia served as a C.I.A. proxy force in 2001. He receives nearly $100,000 a month from the palace, two Afghan officials said. Other officials said the amount was significantly lower.

Mr. Dostum, who declined requests for comment, had previously said he was given $80,000 a month to serve as Mr. Karzai’s emissary in northern Afghanistan. “I asked for a year up front in cash so that I could build my dream house,” he was quoted as saying in a 2009 interview with Time magazine.

When Karzai was asked how the money was used he offered this explanation: 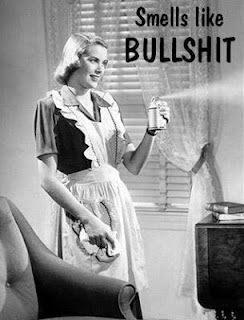 During a news conference in Helsinki, Finland, where he was on an official visit, Karzai said the welcome monthly payments were not a “big amount” but were a “small amount,”He said they were used to give assistance to the wounded and sick, to pay rent for housing and for other “operational” purposes...

I have to close with a quote from retired United States Marine Corps Major General and two time Medal of Honor recipient Smedley D. Butler:


"War is a racket. It always has been. It is possibly the oldest, easily the most profitable, surely the most vicious. It is the only one international in scope. It is the only one in which the profits are reckoned in dollars and the losses in lives. A racket is best described, I believe, as something that is not what it seems to the majority of the people. Only a small 'inside' group knows what it is about. It is conducted for the benefit of the very few, at the expense of the very many. Out of war a few people make huge fortunes."