Should "Moby-Dick" be hyphenated ? 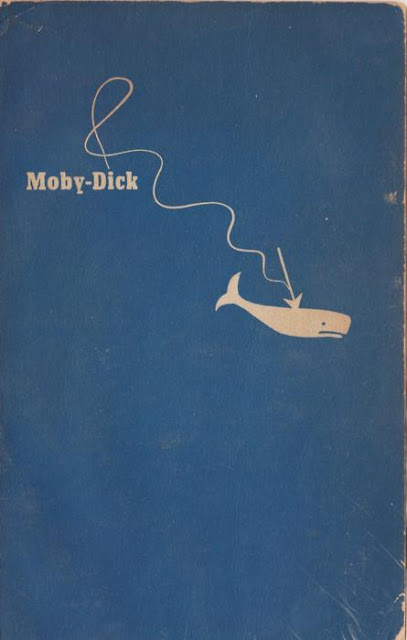 Apparently in the first edition of the book, the words "Moby-Dick" were hypenated on the cover, but not in the text.  According to G. Thomas Tanselle:

As this photo from a collection of 180 volumes of Moby-Dick shows, that convention has not been consistently applied: 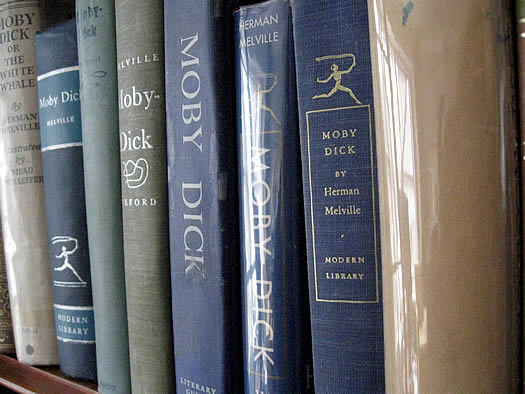 Speculation re the origin of the word "Moby" is offered at The Life and Works of Herman Melville:


The name of Melville's most famous creation was suggested by an article by Jeremiah Reynolds, published in the New York Knickerbocker Magazine in May 1839. Mocha Dick: or The White Whale of the Pacific recounted the capture of a giant white sperm whale that had become infamous among whalers for its violent attacks on ships and their crews. The meaning of the name itself is quite simple: the whale was often sighted in the vicinity of the island of Mocha, and "Dick" was merely a generic name like "Jack" or "Tom" -- names of other deadly whales cited by Melville in Chapter 45 of Moby-Dick...

Addendum 2015:  A tip of the blogging hat to the author of this Smithsonian article for posting additional information on this matter.  She affirms that "These days, most scholars simply refer to the book with a hyphen and the whale without."

Oh, and btw - the island of Mocha is here.

Top image (not the first edition) from Ghost in the Machine, via A London Salmagundi.