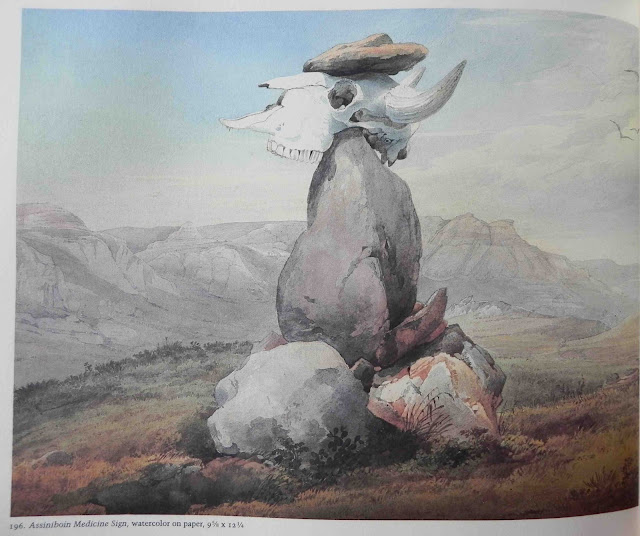 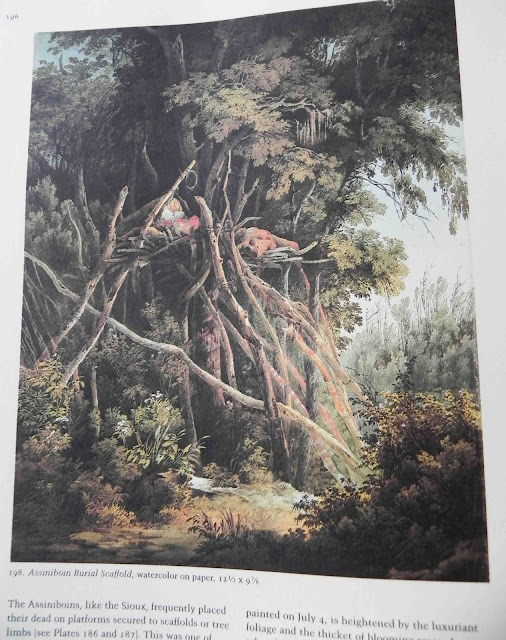 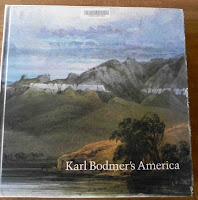 The two images above are crude photographs of pages from the book at right, Karl Bodmer's America - a huge coffee-table-type art book.  Bodmer was a Swiss artist who traveled to the United States in the 1830s to join an exploration of the Missouri River.

The images are watercolors; the subject matter consists of landscapes and people - the former being views mostly from the surface of the river, and thus somewhat limited in scope, but impressive nevertheless.  The people he depicted were Native Americans in everyday clothing and in full dress-up mode.

I thought the lower image was particularly interesting for its depiction of what amounts to a "sky burial."  I think I remember seeing reports of that technique having been used by Native Americans in the Pacific Northwest, but I've not heard of it in the central or eastern U.S.

Addendum:  btw, I have oftened wondered to what extent sky burials reflect not philosophy or religion, but simple common sense and practicality.  The image above shows a sky burial in a deep woods; anyone who has ever tried to dig in a woods knows that the top couple feet of soil are a latticework of roots that would have been difficult to cope with in the era before steel tools.  The other place where sky burials are traditional and common is Tibet, where the "ground" is often rock.