Absolutely the coolest science of the day.  From the BBC:


Now scientists have worked out the secret technique that penguins use to get airborne. It involves wrapping their bodies in a cloak of air bubbles – and it turns out to be the same technique that engineers use to speed the movement of ships and torpedoes through water... 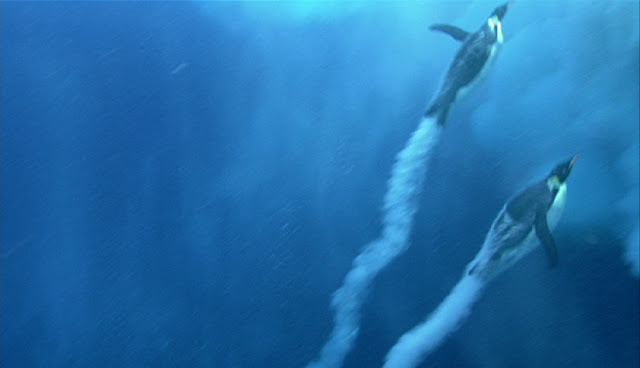 But one aspect of this leaping behaviour has long puzzled biologists. As the birds swim toward the surface, they trail a wake of bubbles behind them. No one knew where these bubbles come from, or why there are there...  During this analysis, the researchers made some interesting discoveries. The bubbles of air being trailed by the penguins weren’t coming out of the birds’ lungs via the beak. Instead, they were coming from the birds’ feathers...

You learn something every day.  The work has been published in Marine Ecology, but is nicely summarized at the BBC link above.  Via Neatorama.