Has the Queen of Sheba's gold mine been found? 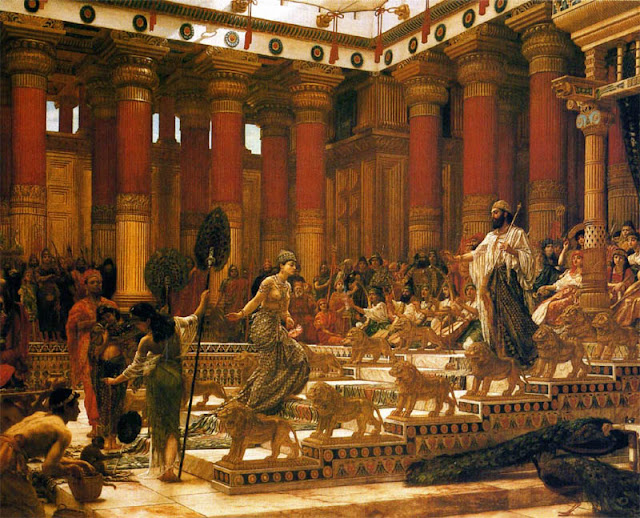 From a story in The Guardian:


Almost 3,000 years ago, the ruler of Sheba, which spanned modern-day Ethiopia and Yemen, arrived in Jerusalem with vast quantities of gold to give to King Solomon. Now an enormous ancient goldmine, together with the ruins of a temple and the site of a battlefield, have been discovered in her former territory...

An initial clue lay in a 20ft stone stele (or slab) carved with a sun and crescent moon, the "calling card of the land of Sheba", Schofield* said. "I crawled beneath the stone – wary of a 9ft cobra I was warned lives here – and came face to face with an inscription in Sabaean, the language that the Queen of Sheba would have spoken."..

Although local people still pan for gold in the river, they were unaware of the ancient mine. Its shaft is buried some 4ft down... An ancient human skull is embedded in the entrance shaft...

The queen is immortalised in Qur'an and the Bible, which describes her visit to Solomon "with a very great retinue, with camels bearing spices, and very much gold and precious stones ... Then she gave the king 120 talents of gold, and a very great quantity of spices."..

Tests by a gold prospector who alerted her to the mine show that it is extensive, with a proper shaft and tunnel big enough to walk along.

* Louise Schofield, an archaeologist and former British Museum curator, who headed the excavation.

The Discovery report of this story notes that the 120 talents of gold that Sheba gave Solomon are "the equivalent of four-and-a-half tons."

The painting is The Visit of the Queen of Sheba to King Solomon, by Edward Poynter (1836–1919), from the Art Gallery of New South Wales, via Wikimedia Commons and Discovery.