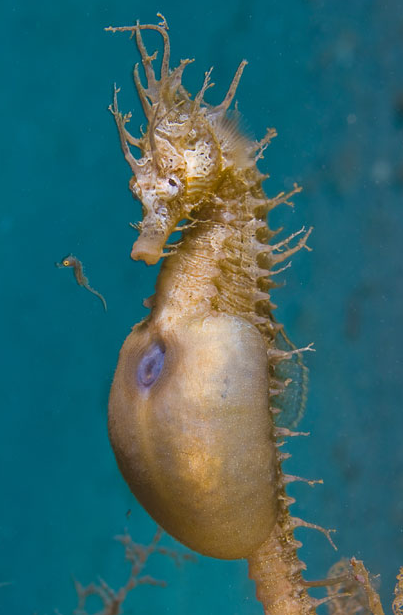 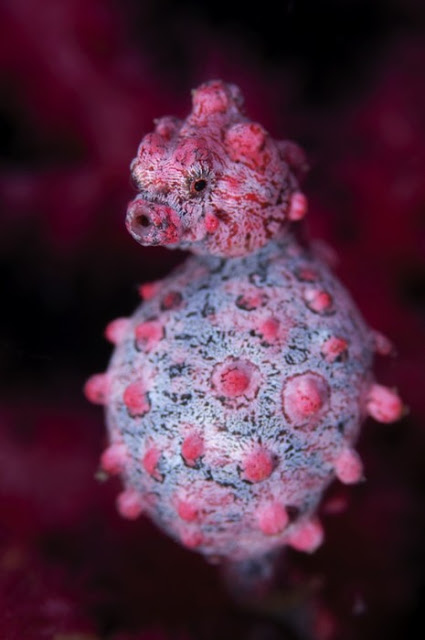 
In sea horses, the male become pregnant.  Their mating involves the female inserting her oviduct into the male’s brooding pouch.  She does this several times for short intervals to avoid exhaustion... The eggs are fertilized and hatch in the male’s pouch.  The size of the sea horse brood varies within sea horse species.  Some species’ broods are as large as 200 while others are as small as 8.

The males are pregnant for several weeks before giving birth to their brood .  When they prepare to give birth, the pouch extends to an almost spherical shape.  The male also undergoes muscular contortions - a forward and a backward bend - that last for about ten minutes.  Then in an explosive action the brood leaves the pouch.

The lower seahorse (from Quarks to Quasars, via A London Salmagundi) is also pregnant, but the emphasis is on the remarkable coloration and configuation of the creature.