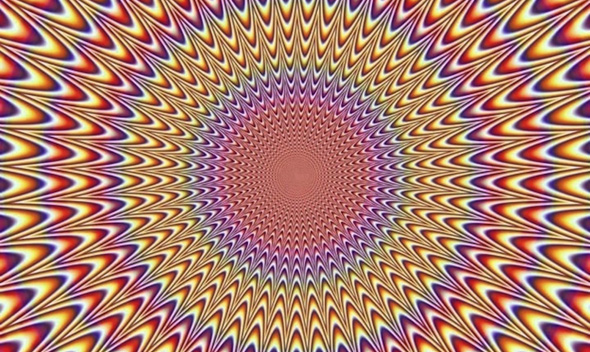 - even though it appears to move.  I found this at Mighty Optical Illusions, where the explanation offered was that it "has something to do with microsaccades."

The same explanation was offered at Discover Magazine for this image: 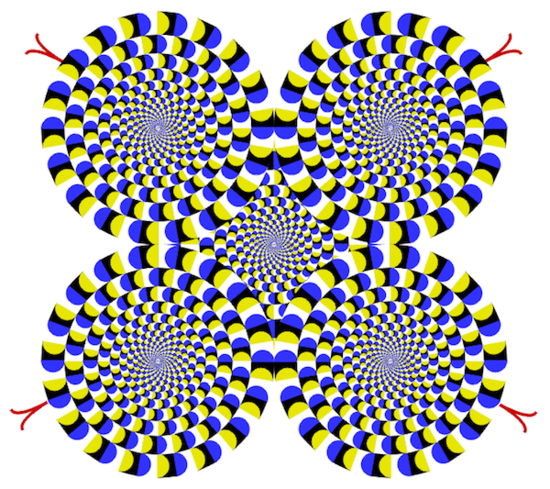 As you’ll notice, the circles seem to rotate in response to where you look at the illusion. So Macknik and his colleagues tracked the movement of people’s eyes as they gazed at two of these wheels on a computer screen. Their subjects kept a finger pressed on a button, lifting it whenever they seemed to see the wheels move.

Macnick and his colleagues found a tight correlation between the onset of the illusion and a kind of involuntary movement our eyes make, known as microsaccades. Even when we’re staring at a still object, our eyes keep darting around. These movements, called microsaccades, help us compensate for a peculiar property of the eye: if we stare at an object for too long, the signals each photoreceptor sends to the brain become weaker. Microsaccades refresh the photoreceptors with a different input and breath new life into our perception.

More at the link, via The Dish.