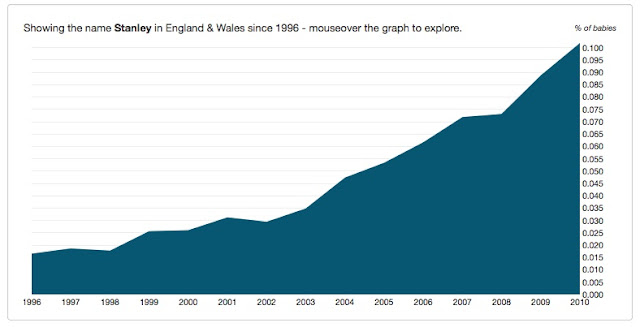 The Telegraph featured one this morning based on data from the Office of National Statistics.  Their interactive tool is based on the website England & Wales Baby Names.  I was surprised to see the name "Stanley" rising in popularity (roughly in proportion to the rising popularity of this blog, btw...)

More parents named their children after their favourite celebrity, with the numbers of children sharing a famous person’s name fluctuating according to popular culture.

The most popular girl’s name, in “absolute” terms, was Lily for girls and Oliver for boys. But the examination of 27,000 names found Nevaeh was one of the fastest growing popular names in Britain with it now ranked 163... in 2010 more than 320 children were named Neveah. This compared to the year 2000 when there were none. 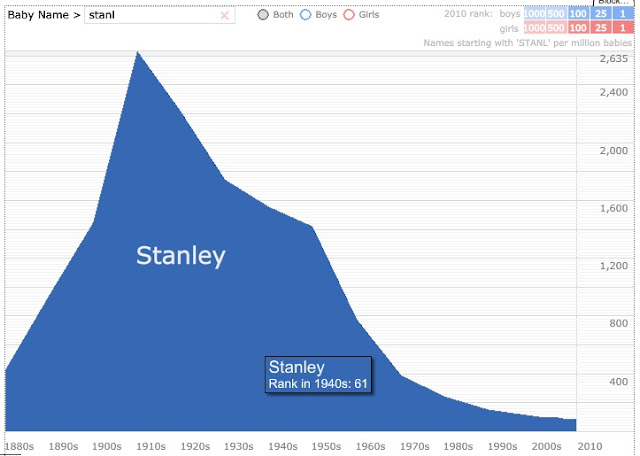 But you're not interested in Stanley.  You're interested in your own name.  So go to one of the links and start clicking.  You're welcome to express your delight or dismay in the comments.